The numbers, what do they mean?!

The mysterious packages sent to a number of Call of Duty content creators have been opened, with various images of several European locations being uncovered.

First unveiled by CharlieINTEL, the inside of the box contained a projector along with ten sldes which show four locations - London, Paris, New York, and Moscow.

What Do They Mean?

If the theory of Call of Duty heading back to a Cold War setting is correct, Moscow, New York, Paris and London represent countries that were present at the Berlin conference which took place in 1954.

Described as a "thaw" in the early stages of the Cold War, the conference aimed at ending the Korean War which had been taking place since 1950.

Heading For The Summit? 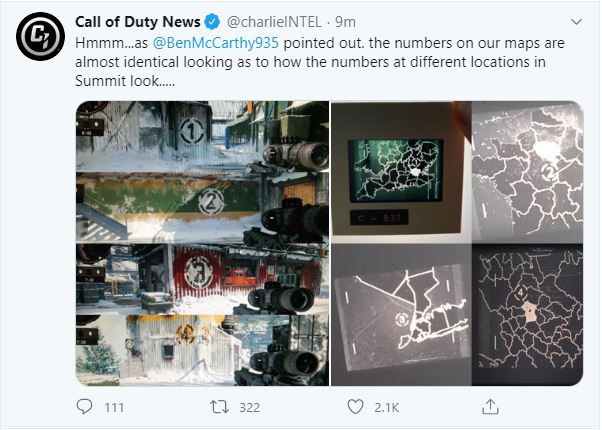 CharlieINTEL received a slide which revealed a small section of the classic multiplayer map Summit, and has prompted players to jump back into Black Ops 4 in an attempt to crack the code.

Within the middle of the map, five clocks with the aforementioned locations can be found on the wall while the central consoles are showing red dots which appear to correspond with dots highlighted on the slides. Is this the key to discovering the next Call of Duty title?