Take a look at this huge leak compilation!

Fall Guys is free on PlayStation Plus right now and many are jumping into the game. A colourful, silly but also frustrating game, the game is incredibly popular on Twitch and Twitter!

It looks like there are big things in the works at developer Mediatonic after a Twitter user has revealed leaked info.

We've compiled all of the tweets here for easier reading.

Twitter user @FireMonkey__ has dropped a load of leaks for Fall Guys.

After doing some quick digging into the files I noticed in the JSON they have somethings set up [although empty] for "Dailies", as far as I'm aware these don't relate to the "Regular Items" tab in the in-game store.

Default reputation is 1000 and if you cheat this goes down.

Read More: Fall Guys is the best PS Plus We’ve Had In Years 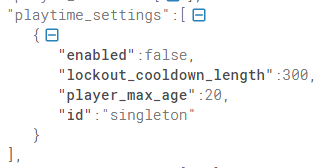 This doesn't mean it will come to platforms such as Android or iOS but the code does mention both platforms.

It appears we will get one costume pack DLC each Fall Guys Season.

Challenges ARE in the works, here are the ones that are semi-finished.