While Xbox One, PS4 and PC players wait for further news on the upcoming Crysis Remastered game, Nintendo Switch players are already enjoying the futuristic FPS.

The game launched last month and has a new patch - version 1.3.0.

Although small, it brings some important updates for the handheld console. 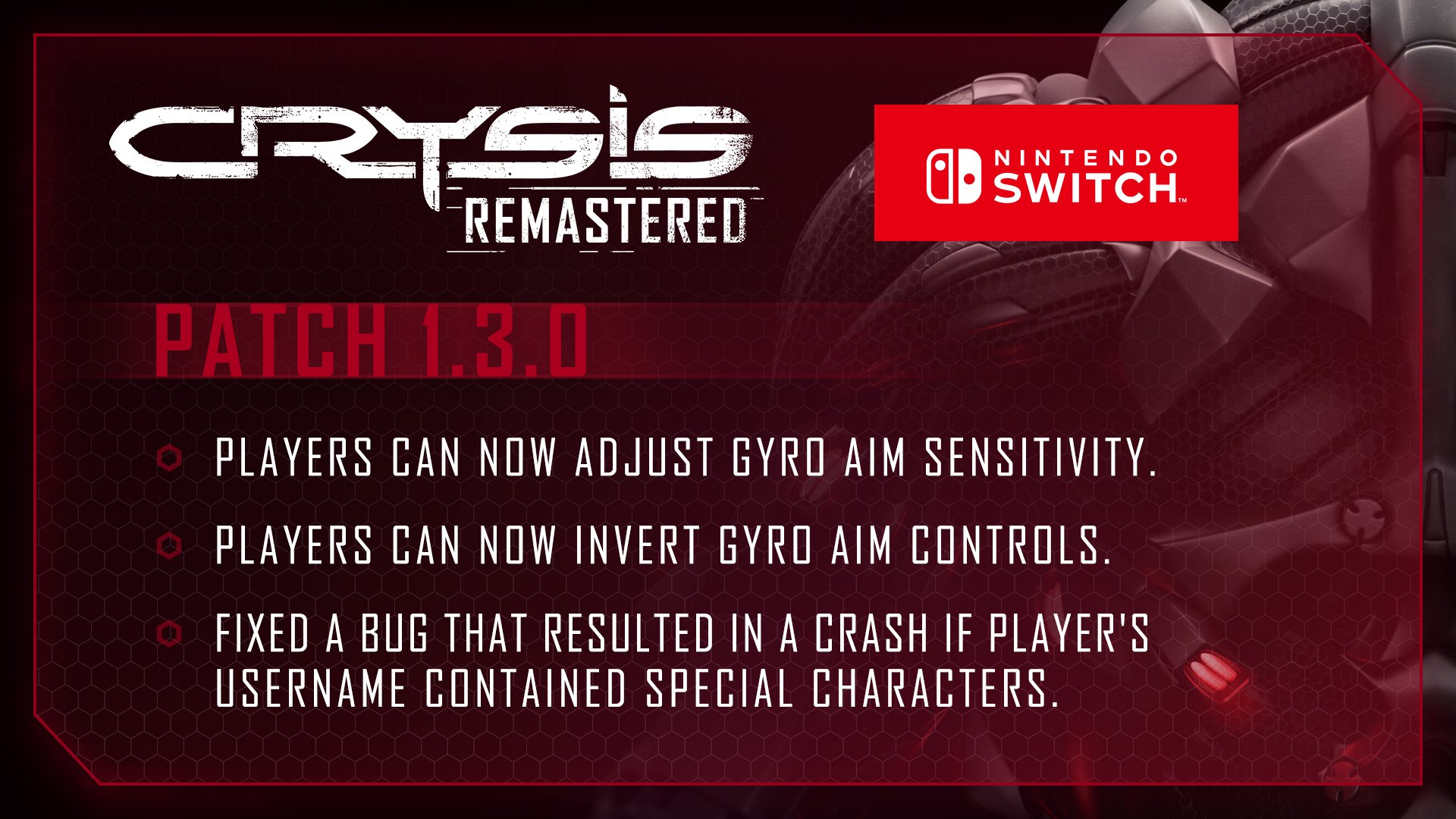 It's still unknown when the game will arrive on other platforms. When gameplay was first revealed, it was met with a flurry of negative comments from the community; all of which were underwhelmed by Crytek's attempt at a remaster.

The original Crysis was known for its outstanding graphics and the heavy burden it would put on a PCs workload; making it difficult to run. The remaster on offer was not what fans had hoped for and Crytek has decided to delay the release to give it the remaster it deserves.

The official Twitter channel has remained silent for a few weeks since the Switch release, only piping up recently with the new patch notes.

What strategy does Crytek have for the remaster on the missing platforms? Are they considering a next-generation release instead? Hopefully more news will follow.