Fortnite are introducing some exciting additions to in-game fishing.

Fishing has become a fundamental mechanic in Fortnite since it's release and it looks like it's getting an overhaul for Chapter 2 Season 4.

It provides the primary source of healing for players in the end-game of a match.

Fishing has been relatively untouched since its release in Chapter 2 of Season 1.

However, that looks like it's about to change with data miners uncovering a wide variety of fish in the game files.

Fishing strings have been added in v13.40. 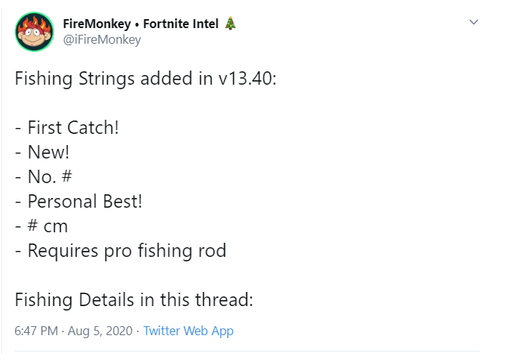 Data miner FireMonkey has found over 30 new varieties of fish in the game code.

Some of these species of fish appear to be exclusive to certain biomes in the map.

This will mean if players want a specific type of fish they may have to travel to and locate certain areas.

There are also some fish that are not limited to a certain area and can be found anywhere.

Check out the varieties below and where they can be found:

Fish That Can Be Found Anywhere 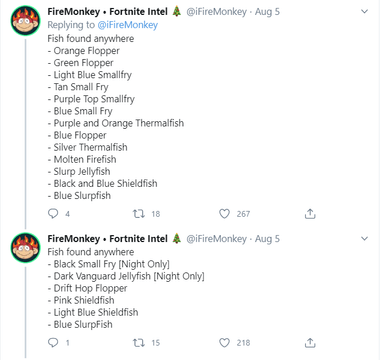 Fish That Can Be Found In Mountainous Areas

Fish That Can Be Found In Swamp And Forest Areas 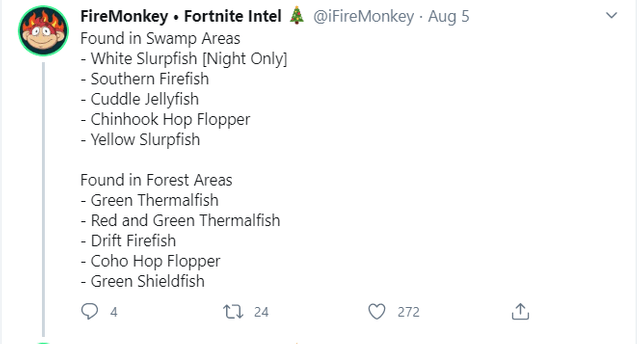 Fish That Can Be Found In Coastal Areas

Rumours have suggested that these varieties of fish will most likely not be added until next Season.