Update: Two tech giants are rolling up their sleeves.

Apple has released a statement to Business Insider about their refusal to allow the Xbox Game Pass app on the App Store, and Microsoft has responded.

"The App Store was created to be a safe and trusted place for customers to discover and download apps, and a great business opportunity for all developers," the statement reads.

"Our customers enjoy great apps and games from millions of developers, and gaming services can absolutely launch on the App Store as long as they follow the same set of guidelines applicable to all developers, including submitting games individually for review, and appearing in charts and search".

So, Apple isn't happy that it won't be certifying each game on the service.

Microsoft has responded via the Verge, and it's not pulling any punches.

"Our testing period for the Project xCloud preview app for iOS has expired. Unfortunately, we do not have a path to bring our vision of cloud gaming with Xbox Game Pass Ultimate to gamers on iOS via the Apple App Store. Apple stands alone as the only general-purpose platform to deny consumers from cloud gaming and game subscription services like Xbox Game Pass. And it consistently treats gaming apps differently, applying more lenient rules to non-gaming apps even when they include interactive content."

"All games available in the Xbox Game Pass catalog are rated for content by independent industry ratings bodies such as the ESRB and regional equivalents. We are committed to finding a path to bring cloud gaming with Xbox Game Pass Ultimate to the iOS platform. We believe that the customer should be at the heart of the gaming experience and gamers tell us they want to play, connect and share anywhere, no matter where they are. We agree."

A lengthy statement, but one that gains added significance when you consider that Apple is currently in the middle of an antitrust case based on policies that are keeping apps from the app store.

Here's hoping they hammer out the details soon.

Xbox Game Pass is getting game streaming functionality from Project xCloud on Android, but the iOS version's future looks uncertain.

The service has been tested in a limited capacity on iOS, but its full launch will be Android only - at least at present.

iOS Fans Will Have To Wait for Game Streaming, Android Fans Get Added Bonuses

As per the Verge, Microsoft are "are focused on delivering cloud gaming as part of Xbox Game Pass Ultimate to Android customers beginning September 15."

While Microsoft hasn't explained outright what's causing the issue, we do know that the App Store's policies have caused issues for the "test flight" version of game streaming in the past, limiting the platform to just 10,000 testers.

As the Verge notes, Stadia is also absent from Apple's ecosystem outside of an app essentially focused on account management.

As for Android fans, they're in for quite the treat. Samsung announced its new spate of devices yesterday, including the Galaxy Note20 - a phone marketed as being ideal for Game Pass subscribers thanks to its huge display and 5G connectivity. 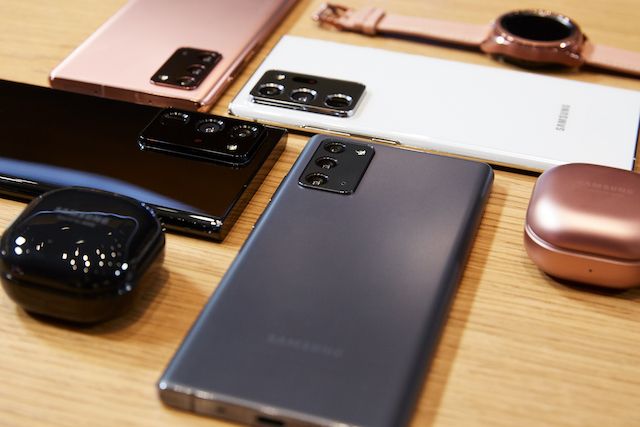 Samsung will also offer a special version of the Game Pass app on its devices that will allow Xbox players to earn additional in-game content through redeemable tokens.

Fans in London can try out the new devices by heading to Samsung's new King's Cross experience area, Samsung KX, with additional perks awarded for purchases made at the location.