The Narrative Director of Assassins Creed Valhalla, Derby McDevitt, has addressed claims Elvor was originally designed as a female character.

However, a choice was made to include a male version of the female lead over worries the game wouldn't sell as well.

A Twitter post made by illustrator Seiiki Dell'Aria shared information from a source that Elvor was originally intended to be a female lead character.

Dell'Aria has previously worked with Ubisoft on the Assassins Creed Symphony tour.

According to Dell'Aria's source, the choice to play as both genders was a recently added feature.

Executives at Ubisoft were allegedly against having a female lead for an Assassins Creed title.

You can check out Dell'Aria's tweets below: 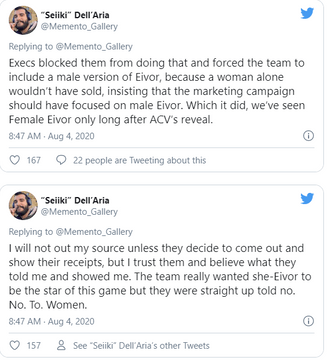 Blocking the ability of a narrative team to design a female lead character is obviously a problematic issue.

This is not the first claim that leading women have been sidelined in an Assassins Creed title.

Controversy has arisen in the past when Syndicate's Evie Fry and Origins' Aya were only playable in certain sections. 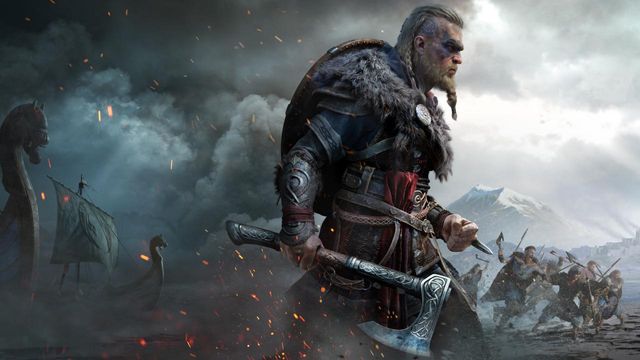 He began by refuting the accuracy of the statements, saying "I will say this once: this is not wholly accurate."

He continued, stating "I will repeat what I have always said... ACVs story was conceived from the beginning with both female and male in mind. When you play the game you will understand that there is no way the male could have been added at the last minute, or whatever version of this story you have heard."

McDevitt outlines Dell'Aria's statements as not "wholly accurate," so we can assume elements of it are true.