Team Liquid has multiple dominant esports teams across a range of games.

This is no different for CS:GO, where Team Liquid has been one of the top North American teams for a number of years.

The team has a number of trophies under their belt and are a squad that cannot be underestimated.

However, in recent months the team's performance has been declining and with long-time member nitr0 stepping down, changes had to be made. 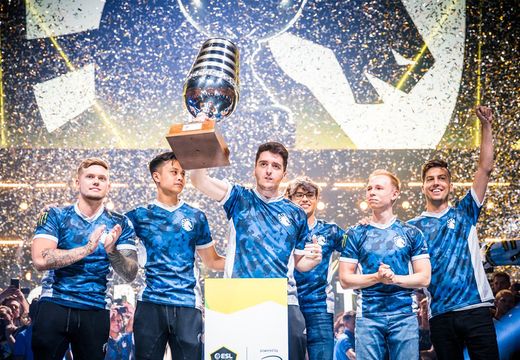 Reports at first began to surface that Grim would step in for a few events temporarily.

However, on August 4th Team Liquid officially announced Grim as the latest addition to the squad. 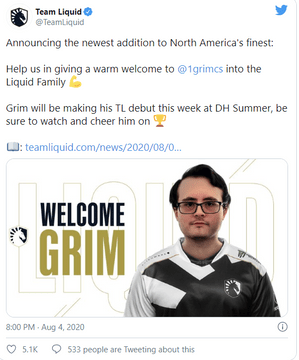 Team Liquid revealed on their blog post that they're aware of the big shoes Grim has to fill.

As a veteran member, Nitr0's departure will certainly affect the team in certain ways.

However, the organisation clearly has faith in Grim to elevate their play, introducing him as "one of the most talented riflers in North America."

Roster shuffles are a clear way of diversifying the style and play of a staggering team.

Let's hope Grim can deliver on stage and provide Team Liquid with the boost they're in need of.

Grim will make his official debut on Team Liquid at DreamHack's Summer Open 2020 on August 8th.