A new chapter, only on @Twitch pic.twitter.com/cv2qFFFI0p

The question on everyone's lips at the moment: where will Ninja stream next?

A question we asked ourselves only a month ago when Ninja left the now closed Mixer.

After a brief stint on YouTube, giving everyone the impression he had found his new home, he's surprised everyone by jumping back on to Twitch!

Despite nearly quitting sometime ago, it looks like he's in great spirits and enjoying streaming.

Ninja has returned to the platform that propelled him to being a video game megastar and he's live now!

He's playing duos with Dr Lupo after the most recent Joyride update dropped in Fortnite.

He returns and has already reached 100,000 concurrent viewers - a massive improvement on his Mixer day.

Unfortunately, he does not have a sub button active on the channel but it may not be long before it returns.

One of gaming's most recognised personalities has been uploading Valorant, Fortnite and occasionally Warzone.

Many users were quick to discover a test stream scheduled on his YouTube channel, which would indicate that he has finally found a new home. 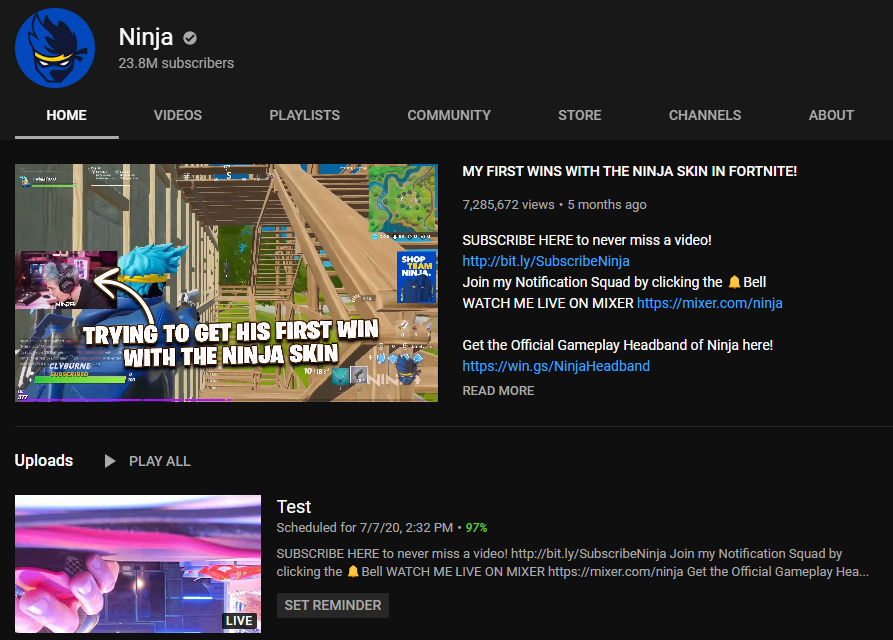 While many expected him to return to Twitch, it seems like YouTube may have come in with a deal too good to pass up.

Jessica Blevins, Ninja's wife, tweeted out a cryptic message which confirmed this theory.

Ninja put out a warning that he has an announcement incoming before confirming his arrival on the platform with his first stream.

It makes sense, considering how strong his audience is here and his streams can easily be converted into VODs, but is it the right move for his audience?