A host of new data has been mined from the Fortnite game files after the Joyride update, revealing both a new event and POI.

The two seem intrinsically linked, and we've collated the collective minings of FortTory and FireMonkey.

Without any further ado, here is what we know about the Hightower event. Or is it a POI? Or both? It's probably both.

It has been quite some time since we have had news regarding the in-game event for the new season.

Now, thanks to iFireMonkey we are able to see that the in-game files for the rift have been activated! 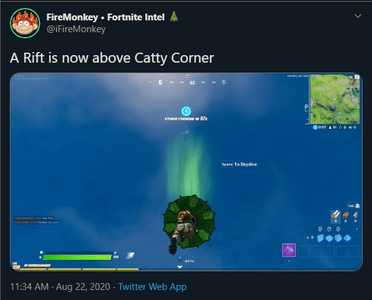 HYPEX has managed to get a closer look at what the rift will look like on the Fortnite map when they eventually add it into the game,

They note that it will not be this close to the map, as they just wanted to see how it looks!

So i was bored and i tried to make the upcoming rift thing get closer to the ground and it worked, and i was right.. its right above catty corner & the vault!

(NOTE: it will not be this close to the ground, the height of it is 900k, i only changed it to 20k) pic.twitter.com/hj0dzcPyEO

u/scherzicolus has put a new theory in place about the new radios and Ghostship.

"Notice how the Team Ghost ship has a radio broadcast setup and we just got radio stations added in every vehicle. Maybe we could hear something from the ship at any time." 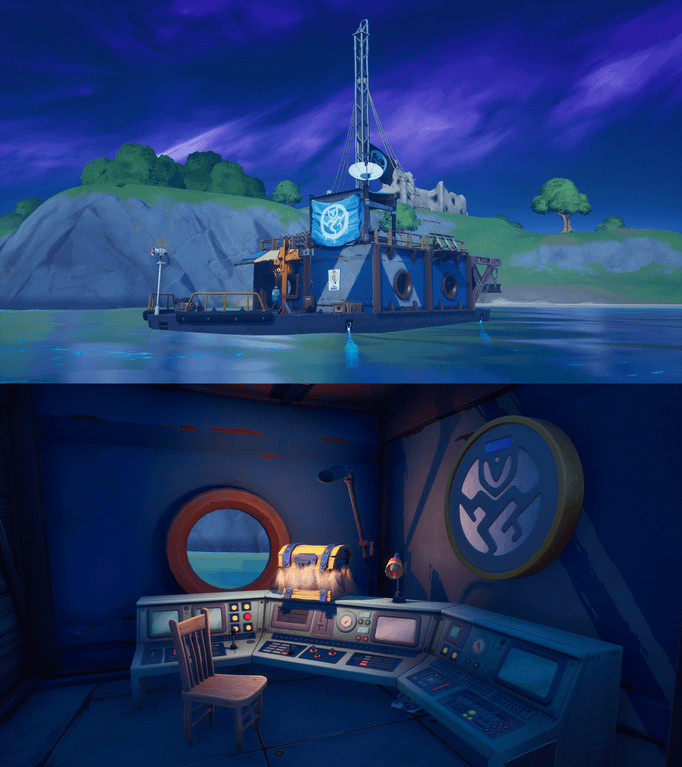 Well known Fortnite data miner, HYPEX posted an image detailing where the Hightower rift and craters are going to appear.

As well, HYPEX noted the rift will be appearing in the sky soon! 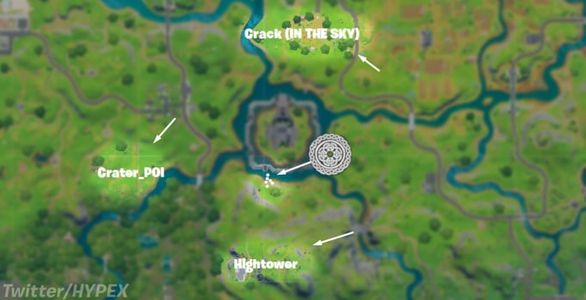 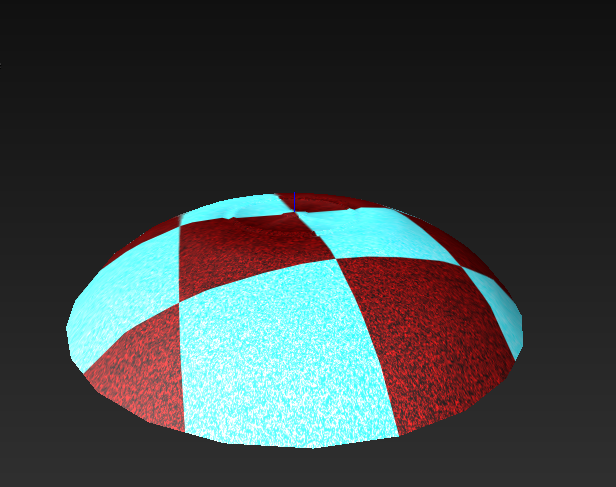 The POI part of Hightower looks to be some kind of crater, similar to what we saw in the OG Season 4. FortTory Tweeted that it was "related to the event Hightower POI looks like its a crater since its at: S13/crater/......" 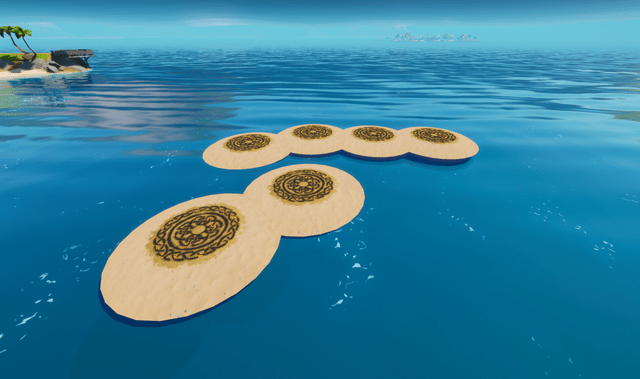 If you were wondering what those markings could be, then FireMonkey has your back. 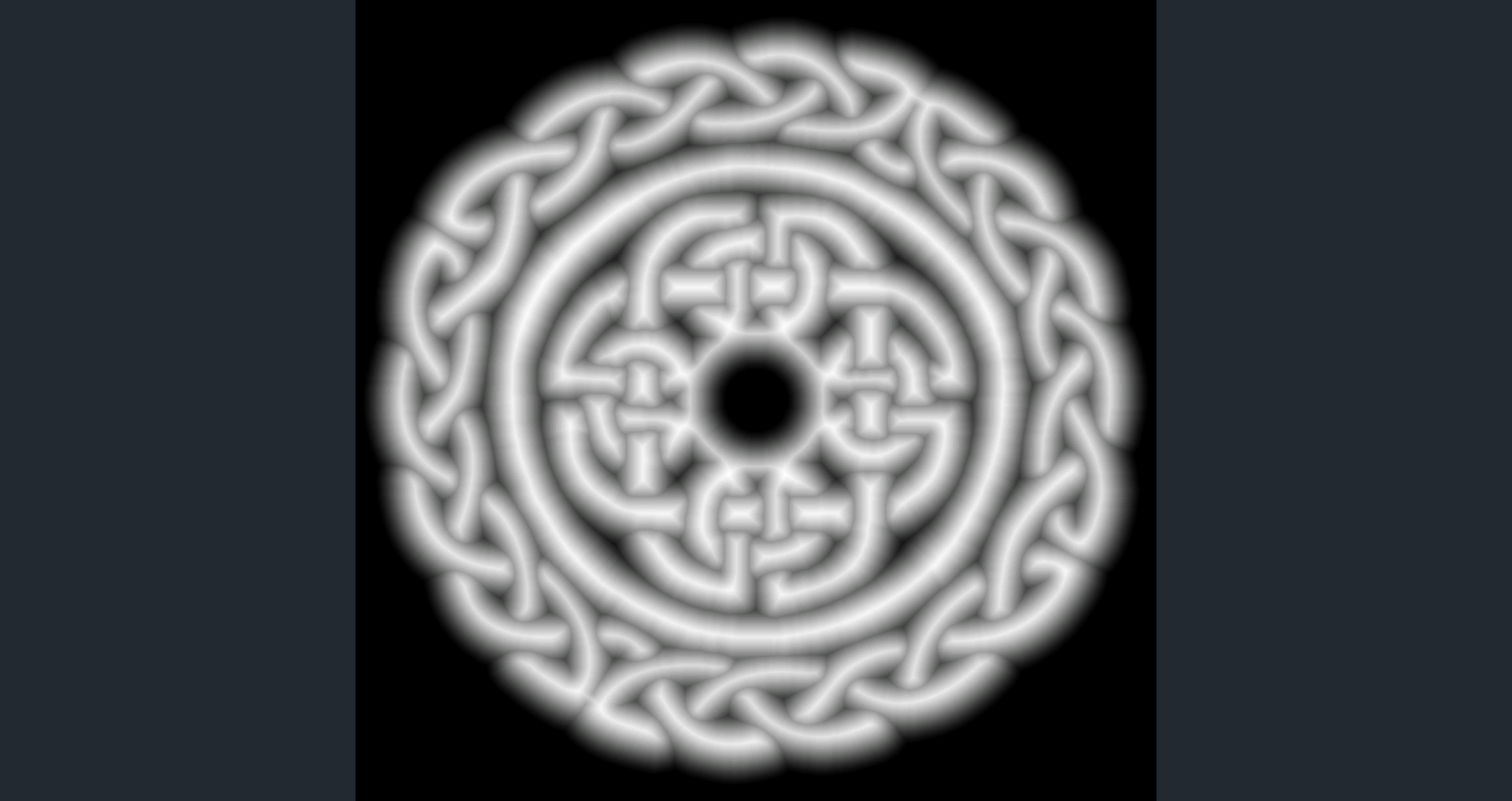 This appears to be some kind of Celtic knot, however, player speculation is pointing towards the mark left scorched onto the earth when Marvel's Thor comes and goes via the bifrost.

We've got a history of comic book characters in Fortnite - who could forget Deadpool last season, and Aquaman is this season's secret skin to unlock.

Both of these came with their own POIs, Deadpool took over the Yacht, and Aquaman pulled the whole of Atlantis from the sea as the effects of Midas' Device lessened.

Or, this could be completely unrelated to any superheroes whatsoever. 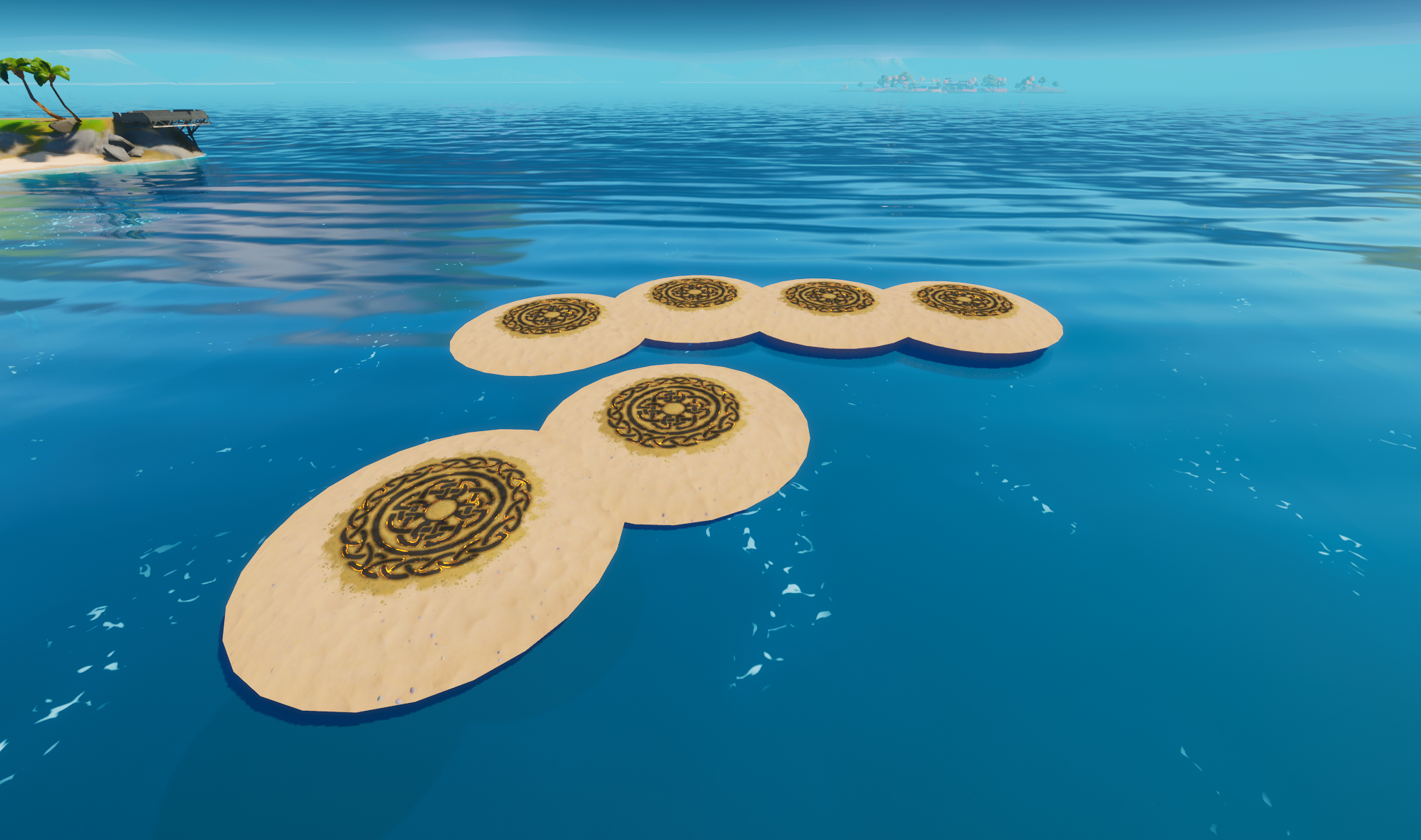 However, it is clear that this Hightower datamine is not just a POI, as numerous lines of code reference it as an event as well.

FireMonkey kindly provided us with the audio files for the Hightower event's ambient audio - i.e. what you'll be hearing all the time during the event:

There's a lot of rumbling and a little sloshing, which sounds very much like a thunderstorm and rain and possibly the sea. It's quite hard to tell really.

However, FortTory provided us with another clip, this one named Geode Oddities Teleport 17.

new sound file added, feels like its connected to the event 👀 pic.twitter.com/d9tLUudyab

The actual audio is full of thunderclaps and lightning crackles, but the name gives more away. As you can see from FireMonkey's list of datamined audio clips below, Geode Oddities (whatever they are) will clearly teleport players across the map.

Our best guess is that they'll work like porta-potties to allow players to access hidden areas. But what is a Geode Oddity? Is it those markings in the craters or on the islands? Is it something else entirely?

However, it's worth noting that there is also a sound file named Rift Beacon. 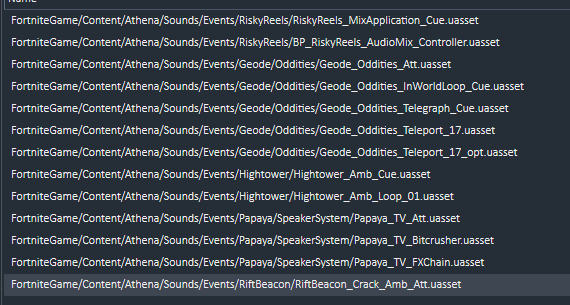 Rifts have a long history in Fortnite, zipping players across the map as they parachute or spawning random items onto the ground. will we see rifts return as well as teleporting Geode Oddities?

Without getting too technical, the audio spectrogram is a visualisation of the sounds. Data miner FireMonkey has kindly provided us with the spectrogram of the event's ambient audio files.

Usually, these just look pretty, but you can tell that there are clues in this particular spectrogram.

You can clearly see a figure in the spectrogram - Epic is being especially sneaky with this teaser - and we believe it could be the Storm King, a boss from Fortnite's Save the World campaign.

Could the Storm King be leaving the markings and craters across the Battle Royale map? We don't know, but it's a better guess than Thor.