The V10 R-League, devised by Gfinity in partnership with Abu Dhabi Motorsport Management (ADMM), announced its first teams today, along with a few exciting details about the series.

So far Williams Esports, Fordzilla, Racing Point, and JAESA Team Suzuki have been confirmed to take part in this series.

Williams Esports has been running since 2018, taking part in sim racing tournaments across multiple platforms and disciplines. They are joined by Racing Point, who have been growing their esports representation steadily over the last few years.

Fordzilla is the esports arm of American car giant Ford, launched last year at Gamescom 2019. JAESA Team Suzuki is a partnership between Suzuki and the Jean Alesi eSports Academy.

There will be a total of eight teams competing in the V10 R-League, so we expect to hear other big names taking part soon.

In each “match”, two teams will go head-to-head across three challenges. Each team will provide three drivers who must compete across all three challenges, with the format designed to produce a win, loss, or draw result afterwards.

So what are the teams racing in? A specially designed, single-seater monster! 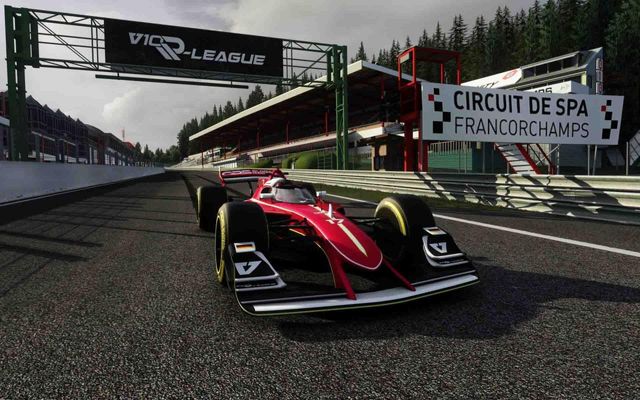 It’s possible to have this car thanks to the highly moddable Assetto Corsa game, which will host the V10 R-League. Each team will be able to put their own livery on the car too, creating an amazing visual, and audio, spectacle.

Fans will be able to tune into the action in August 2020!

Season 1 will air across linear and digital channels, with season 2 already planned for Q1 in 2021.