Making it easier to spend money.

Xbox Series X is on its way, but that hasn't stopped Microsoft rolling out a new Microsoft Store application on Xbox One.

According to a new blog post the new store is being offered to some Xbox Insiders (the console firmware's beta testers), beginning on August 5, and is focused on speed and safety.

We've lost track of the number of operating system updates the Xbox One has had, but a new look for the store has been overdue. The clunky, glacial interface is being reinvigorated with an application that Microsoft claims will launch in less than two seconds and allow for much faster browsing. 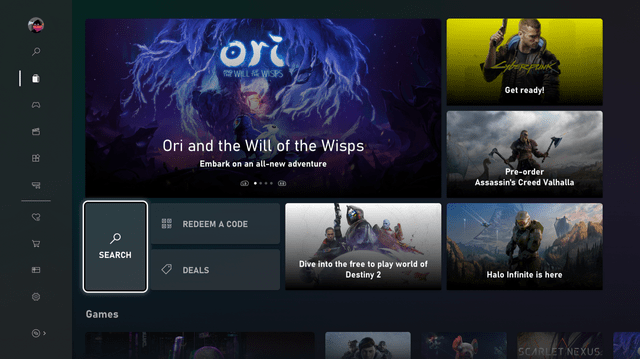 The store is also slated to be smarter, too, meaning you'll get more specific recommendations. That means you'll have new DLC recommended, or games of a certain genre you enjoy. Trailers display inline now, so no more peeking above the store page to spot them (and they'll hopefully load more quickly, too).

Search has been refined, and the wishlist will now display sale prices. You'll also be able to add multiple items to your cart, and FINALLY see prices for backward compatible titles within the store (previously, this would only be found within the game's unique store page which took ages to load).

In order to prevent purchasing mishaps, you'll now need to sign in to an Xbox account to be able to browse. That also serves the purpose of improving recommendations and also hides age-restricted content from child accounts. That applies to in-game content, too, so any particularly graphic screenshots or gameplay recordings will also be locked.

You can check the new store out below courtesy of Major Nelson's podcast.

Another huge step forward is the ability to compare editions of a game to spot which versions come with which goodies. The new store is expected to launch in Fall.