Anthem, Bioware's loot-shooter that didn't offer much in the way of loot, is getting a reboot of sorts, referred to as Anthem 2.0.

While Bioware has been fairly quiet outside of some art assets that show new enemies and environments, a new blog post has revealed a wealth of information about changes to the game's investment and progression systems.

In the blog post from Chris Dailey, the studio director candidly admits that "A good player experience depends on the loot system being extensible and robust, and a lot can go wrong. A lot did go wrong. We fell short here and we realized that building something new from the ground up was going to be required – starting with taking a long look and understanding the best in class of the many great games that inspire us."

Anthem was notoriously stingy with loot in its early days, with the game's most generous periods being caused by glitches. With that in mind, the team is looking to focus on certain new tenets going forward. Respecting player's time investment, more agency for loot acquisition and customisation, building a rewarding and accessible loot system and raising loot quality and ensure it's future-proofed.

We'd recommend reading the blog in its entirety for the full list of changes, but some of the bigger tweaks include being able to equip items once you find them (since they'll be identified immediately, hooray!), while the inscriptions (stats for each weapon) have been rebalanced so that they'll have a set "budget" determined by their rarity, and won't focus on weapon damage, and they'll instead focus more on perks and bonuses. 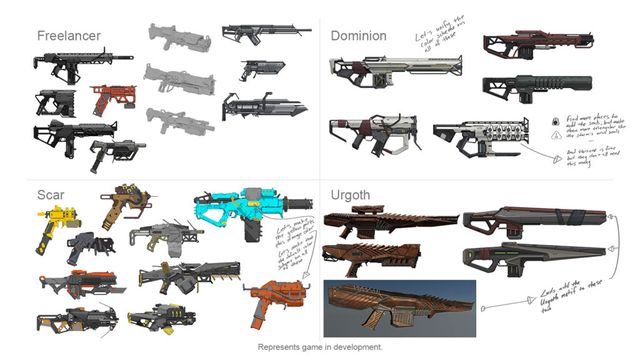 Rare enemies will also offer a load of loot (Bioware refers to them as "walking treasure chests"), and you can target the loot you want to pursue thanks to specialised loot pools for certain activities and vendors.

It's not just the game's loot being overhauled, either, as Dailey also explained that gunplay now feels more responsive, "with enemies reacting to hits near-instantly with improved client-side prediction".

On the subject of close-quarters combat, he notes "we are looking into the role of melee items and builds, and of course, being able to spend skill points to unlock new types of equipment and synergies".

As a big fan of loot-driven games, my disappointment in Anthem was pretty sizeable. Still, it's encouraging to see Bioware put together a plan of action that's certainly saying all the right things.