As we rapidly approach a brand new season of Modern Warfare and Warzone, hype and speculation is building.

Season 5 is expected to bring lots of new content in its patch update and one feature, that has been long requested, may finally arrive.

Thanks to Joe Cecot, a whole new host of rumours started about the Weapon Inspect feature - but now it has been confirmed.

Joe Cecot, the Co-Design Director for Multiplayer at Infinity Ward, has replied to a tweet regarding weapon challenges. 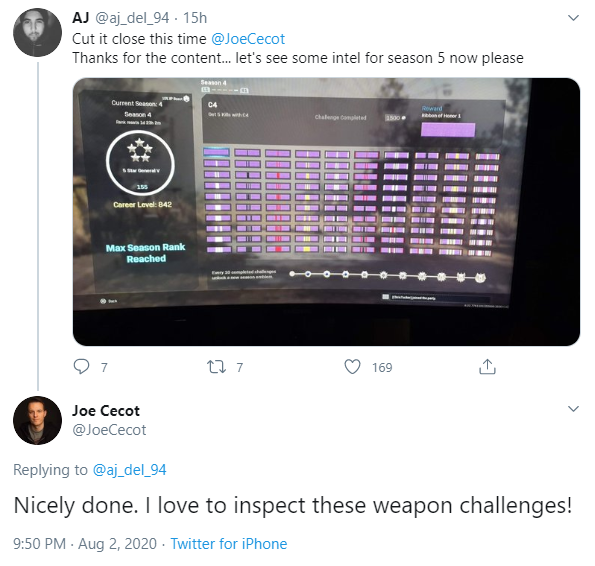 After speculation reached an all-time high, it was later confirmed by Joel Emslie, Lead Art Director of Infinity Ward.

Joel pinned a post in the r/ModernWarfare subreddit titled “Some good news” with the post simply stating: “‘Weapon Inspections’ – Incoming.”

A date on when they may arrive is unknown, but it may be too soon to expect them to arrive with the launch of Season 5.

At the start of July, the weapon inspect feature was confirmed to be in the works by @Dougdagnabbit, the owner of @ModernWarzone. Doug had claimed to have seen footage of the animation and even posted some screenshots to boot. 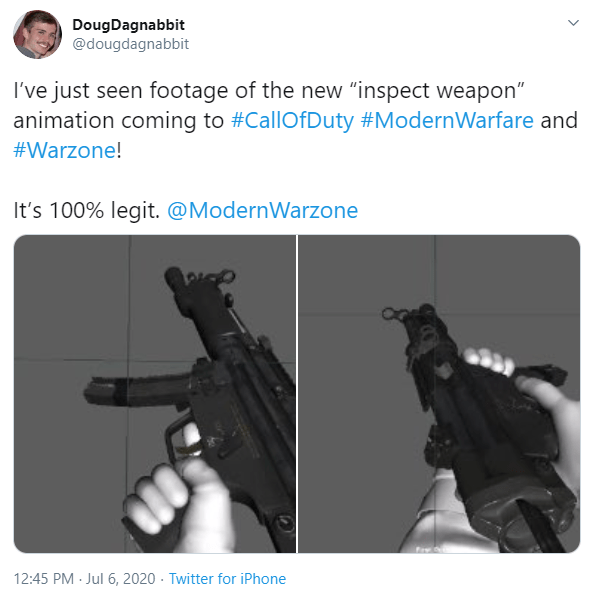 It may be a stretch for many of you reading this, but Infinity Ward has quietly been working on plenty of features behind the scenes that were surprisingly implemented.

ModernWarzone has been a very reliable source for this type of information and although we may not get it at Season 5's launch, it may arrive later in the season.