Both long-time fans and new starters alike have plenty to look forward to.

Warframe's next big expansion, Heart of Deimos, has finally been revealed as part of the game's annual Tennocon 2020. The free-to-play third-person space ninja's next chapter is launching on all platforms for free on August 25.

With a focus on new and old players alike, there's a lot for fans to look forward to. Here's everything we know.

Heart of Deimos might be the game's most ambitious offering yet, which is saying something considering previous additions of open worlds and ship-to-ship combat.

The expansion will offer a fresh new explorable area set on a living moon (which is exactly as creepy as it sounds), with definite horror vibes. Warframe has always offered some crazy, H R Geiger-inspired biomechanical art design, and the expansion's focus on the Infested faction should see things get even weirder. In fact, players will be able to ride "Infested hoverboards" around the Heart of Deimos region, with a procedurally-generated underground region. 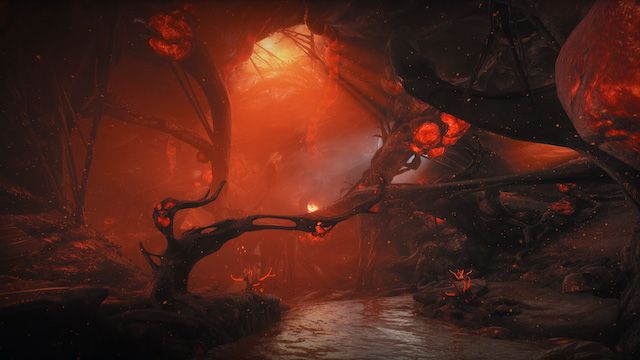 In those caverns, players will battle all manner of monsters, including giant Necramech sentries, which are pilotable, too. Above ground, Tenno can also enjoy the same open-world activities introduced in Plains of Eidolon and Fortuna, meaning that yes, you can catch super gross fish - if the giant wyrms don't get you first.

The new expansion retools the game's opening section (with the new content accessible near the start, too) to help ease in new players, while also making tweaks to the starting game's setup and weapons.

As you'd imagine, there's a new Warframe coming with the expansion, too. Xaku, a class with the power of the Void, is the game's 44th Warframe. Essentially a sort of "Frankenstein's monster" of disparate parts, Xaku can steal enemy weapons with void tentacles, while also being able to self-destruct its body in order to cause damage before reforming. Designed in conjunction with the community, it could be Warframe's most interesting class yet. 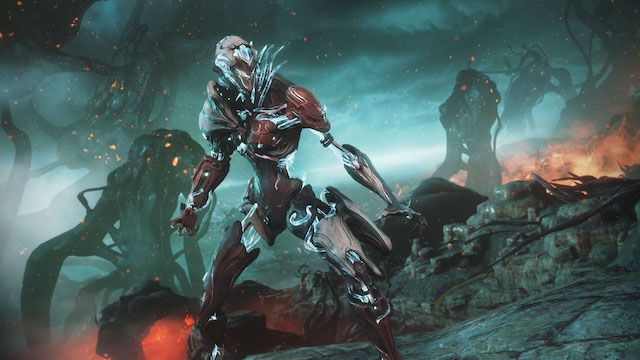 Perhaps just as exciting for long-time Tenno is the addition of a new "Helminth Chrysalis System" that allows players to swap abilities between Warframe classes and the Helminth. This gross, ship-dwelling creature can be fed items to unlock fresh abilities that can be swapped in, essentially allowing for much deeper customisation. It's also a smart way to make material-gathering useful, even if you aren't working towards a set goal.

Players can even donate Warframes themselves to the Helminth, allowing players to harvest one of its abilities. This is limited to non-signature abilities for the most part, but you'll essentially be able to spec out your class with plenty of these swapped-out abilities.

Honestly, I fell in love with Warframe a few years ago but have lapsed with so many big releases in the last few months, but Heart of Deimos sounds like an ideal time to jump back in. A reminder that the game is free on PC, PS4, Xbox One and Nintendo Switch.

Star Wars: The Force Unleashed 3 Rumoured To Be In Development, Here's All We Know