The Master Chief Collection has become a staple of 343 over the last couple of years.

Players cannot get enough of remasters, and with the recent release of Halo 3 on PC; fans cannot wait for the next one.

Now, it appears another beloved Halo is making its way to PC in just a few weeks.

In a blog post by 343 themselves, they have confirmed that Halo 3 ODST will begin releasing on PC sometime in the first half of August.

You can check out the full blog post here, or below is some of the key notes from it.

"In the first half of next month, we are planning to flight a slice of Halo 3: ODST to Halo Insiders on PC and Xbox One.We are also planning to include Halo 3 content in a patch during this flight to test some changes we have made to hit registration and Halo 3: ODST weapons in Halo 3."

Perhaps what players are looking forward to the most is the Firefight game mode that ODST featured.

This will be a staple when it releases in a week or so, and the developers had this to say about the game mode.

"Players are going to be able to look forward to ODST’s Firefight which will include all of the legacy content, meaning all 10 maps, all of the classic settings, variations, and then some. We’ve also conducted several upgrades across the board. For the first time, we have upgraded the networking to an asynchronous networking and dedicated server model like what we have in Halo: Reach’s Firefight. This represents a serious improvement over the networking model which is used in Co-op campaign gameplay."

"The next big upgrade is matchmaking for Firefight. This will be comparable to what we have for Halo: Reach. Players can expect to see a survival themed option and an arcade themed option to support the newly introduced game variants for ODST’s Firefight."

"We have been able to add a couple new weapons into the mix for now." 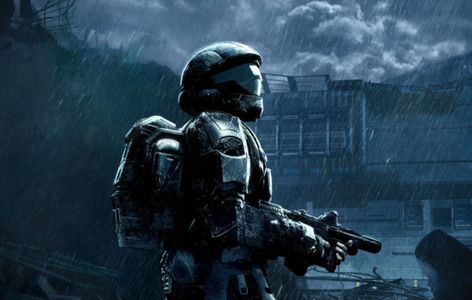 Not only will you be able to play the legendary game mode Firefight, but 343 have noted some of the other content going to the playable when it releases on PC.

This is going to include some campaign missions as well!

Here's what they had to say about release content: