Everything you need to know about the event!

The Japanese Fighting Game Roundtable is now behind us! In case you didn’t fancy staying up to watch it, the Roundtable was a rare collaboration between Japanese developers where they discussed the future of fighting games and kept us excited with a selection of announcements for their biggest games. The entire event was translated to English live by Michael Murray from Bandai Namco and Jiyuna, so there might be slight differences between what the developers present said, and what we English speakers were told. With that said, let’s start with the big ‘winners’ of this event.

Bandai Namco pulled no punches and revealed via a trailer that Season 4 of Tekken 7 would be launching in Fall 2020. This update comes with a huge balance patch and brand new moves for every character. The company also dedicated a chunk of the trailer to the improvement of Tekken 7’s online experience, alongside Lead Producer Katsuhiro Harada quickly addressing the topic before the trailer played.

It’s obviously good news to hear that the online experience will be improved, as it’s been a major request that fans have had for years now, but we’ll have to wait and see what this “Better Online Experience” actually means - and what exactly the team has done.

A new Tekken 7 character was also teased at the end, you can glimpse the silhouette standing on a Japanese Pagoda, but apart from that, there’s no clue as to who this new fighter is. The prevailing theory is that it'll be cat-masked ninja Kunimitsu. 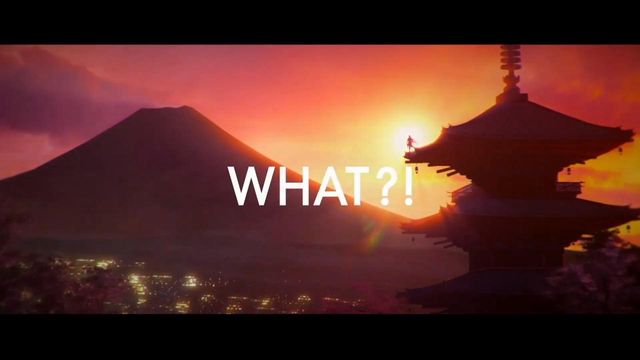 Then came news for Soul Calibur VI, which kicked off its section with a new character trailer. Setsuka is a returning character we’ve not seen since Soul Calibur IV and is set to be released super soon on the 4th of August, leaving only one more character remaining in the current DLC season yet to be shown. Motohiro Okubo - producer for Soul Calibur VI - said that due to COVID, work on the next season of content has been delayed, but that a new game update is on the way with new game balancing which should mix up the competitive scene a little.

There was a nice surprise for the esports community surrounding both Soul Calibur and Tekken 7 too. With most tournaments being cancelled worldwide due to COVID - including the Tekken World Tour - Bandai Namco has replaced them with a set of online events. It won't quite fill the gap that an in-person event would, but it’s great to see Bandai giving the competitive scene something to chew on.

If there was another company that stole the show as hard - if not harder than Bandai Namco - it was Arc System Works. The biggest announcement they brought to the table surrounded their upcoming game Guilty Gear Strive, as they showed off two back-to-back character trailers. Leo Whitefang, a returning fighter from the previous instalment in the series Guilty Gear Xrd, and a new futuristic samurai called Nagoiyuki that was first teased in the very first Strive trailer shown back at Evo 2019. 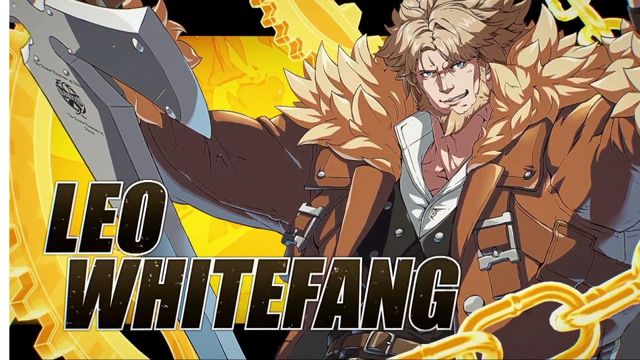 The game was also given a release date of Spring 2021, as well as confirmation of a PS5 version. Further investigation on the game’s official website shows a Steam version is also on the way, which is, of course, fantastic news for the PC community.

Finally, Arc System Works announced two online tournaments...for the US and Japan. This, of course, sucks for the European community, who have sadly been neglected here.

The rest of the companies represented at the Roundtable didn’t have anything as exciting as Bandai or Arc System Works, but that doesn’t mean they had nothing to show. Capcom announced a variety of new Street Fighter V tournaments - namely the Central American Capcom Pro Tour and a new Street Fighter Leave event for Japanese players. Since we’ve been starved for competitive events as of late it’ll be great to see some lesser-known talent from these regions show off what they can do.

Capcom concluded their section of the Roundtable stating that they’ll have more information about the next character reveal on Capcom’s own event next week on August 6th.

SNK came out of the gate disclosing that a third season pass is coming for Samurai Showdown. We didn't get many details about it but were reassured that development was still going strong despite COVID and that more information about this update will be coming soon.

There were also little hints about the state of King of Fighters XV (which was previously announced at Evo 2019) but they had nothing to show or say about that project. Again, they reassured viewers that they’d have news about that game very soon.

The final developer with major news came from Arika. Fighting Ex Layer came out two years ago, and has fostered a small but passionate community around it. They've tested out drastic changes for the game and have been working on the online connectivity - specifically mentioning rollback netcode as a part of their game. While they didn’t have much to show, it’s good to see even smaller companies like Arika seeing value in improving the online experience of their games.

All in all, this event gave us a small view on what we can expect from these devs in the future - emphasis on small. With this being the first Roundtable, and considering that some of these companies like Capcom had their own planned events later in August, we can somewhat understand the hesitant nature of some of these companies to show what they’ve got here. These sorts of events are very unusual for Japanese developers, and getting all these companies together in the first place is a mean feat in and of itself.

There was also an hour-long Q&A before the reveals, in which these developers discussed various topics that were raised on Twitter. Notable questions were the issue of crossplay - in which all of the developers seemed eager to incorporate it into their games in the future. Translating Harada from Bandai Namco, Jiyuna and Michael Murray said the following: “The technical difficulties with crossplay aren’t that hard - peer to peer. It’s not really a technical barrier, and Harada did a presentation stating he wanted to do crossplay in an attempt to compete with the growing mobile market. Phil Spencer said “let's do it” while the Sony person he talked to just wanted to talk about it. There’s a lot to overcome."

Near the end of the topic, the translators emphasised that the developers were all for crossplay, but it wasn’t as easy as you might assume. “Everyone is saying that they want to do it, but it’s not that simple. There are a lot of different hurdles that need to be overcome.”

They also touched on the perceived simplification of fighting games, and the pros and cons of making this traditionally difficult to break into genre easier for new players to grasp. The two representatives from Arc System Works - Ishiwatari and Sekine - had a lot to say on the topic. Arc System Works notably released Granblue Fantasy Vs a few months ago, which had many features that made learning the game easier such as easy special move inputs and MOBA style cooldowns.

Sekine talked at length about what they did on Granblue, especially on how combining typical fighting game features with new easier ones may be the way to go. "I don’t want to decrease the inputs to make fighting games cool, in Granblue you can use inputs and a simple alternative. Maybe you could use both and make them one system. What happens if we keep both and find a balance between the two? Part of the difficulty is being able to put out key moves (like uppercuts) at the right moments. We put in the cooldown button so players could do that, but the downside (longer cooldown on the special move) is greater.”

Ishitari tackled the difference between a simple game, and an easy game, and how they are approaching the issue with their upcoming game Guilty Gear Strive. “There’s a difference between simple and easy, and they aren’t the same. Obviously we want to make it easy to understand. We’re still trying to figure this out, and Strive is going to help us learn more about this - whether cutting out buttons or features is the right way to go. You need a system that allows for plate growth, but is also easy for new players to get in.”

In spite of these interesting topics, it was a shame not to hear more about the online infrastructure used in these games. Whether they ran out of time and couldn’t get around to talking about it, or if some of the developers present didn’t want to discuss the topic, the absence of arguably the most pressing issue with fighting games made the Q&A quite the head-scratcher. This is made even more puzzling since half the companies present are making efforts to address this issue.

As previously stated, Bandai Namco is making massive changes to Tekken 7 so the online is better, as is Arika. Guilty Gear Strive - Ark System Work’s big next-gen title is launching with rollback netcode so that it’ll stand out as their best online title to date. There seems to be a big movement to do better here, and it’s a shame the Roundtable wasn’t used as an opportunity to reassure the competitive community that online matchmaking - a core part of competitive gaming - is highly valued.

Overall, the first-ever Fighting Game Roundtable was a mixed bag. At points it was a fantastic show, giving us a glimpse into what we can expect as competitors, players, or just fans of these games. Other times it was a bit of a letdown, with notable absences that would have established the event as an incredibly important vehicle to deliver information to the wider fighting game community in the future. There’s room for improvement here for sure, but the announcements of multiple competitive events at the very least will keep esports minded players sated for a while.