Halo Infinite: Is The Multiplayer Free-To-Play?

Halo Infinite was revealed to the world just over a week ago and news has been bouncing around the internet as we await the next Master Chief outing.

Infinite is seen as a big turning point for the franchise, after such a long wait and mixed reviews regarding Halo 5.

343 have been paying attention to the wider world and are adopting a free-to-play model for their multiplayer; especially after the success of Call of Duty: Warzone.

A new listing may have given the surprise away early for the Microsoft exclusive.

343 have confirmed that Halo Infinite will be free-to-play on Xbox Series X!

This comes off the back of the anew listing on Smyths Toys that gave the game away by listing Halo Infinite as having a "free-to-play multiplayer experience" and not only that, it specifically told players that they can "enjoy up to 120 FPS and greatly reduced load times". 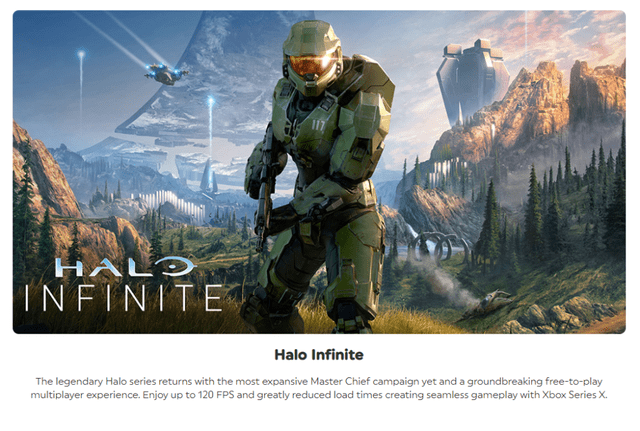 Rumours had been circulating about some free-to-play aspects since Windows Central reported that one of the modes in the game would be free of charge.

We've yet to receive any specific multiplayer news, but this is certainly a great way to kick it off. Previous Halo multiplayer modes from 343 have come under much scrutiny and they'll want to make sure they get fans onside from the get-go.

By going free-to-play, they also ensure their game will last longer and have a more active fan base for years to come; especially if it is a launch title, with many likely to be strap for cash after buying an Xbox Series X to play it.

Halo Infinite has been delayed to 2021

Halo Infinite Not Open-World, Devs Confirm, But Will Have Increased Exploration