All the updates that have arrived in Mutiny.

The latest CSGO update has just rolled out – bringing with it a host of changes and tweaks. Mutiny is a tropical-inspired map with lush palm trees and large stone walls. It arrived with Swamp, with the new pair replacing Chlorine and Jungle in official matchmaking.

Fixes this week focus on Mutiny, including general gameplay changes, from foliage removal to improved clipping in various locations. Another nice addition sees ship cannons now firing out to sea as a celebration when the bomb explodes.

As per the Counter-Strike blog, all of these changes are related to the game's maps.

Fixed a performance regression during POV demo playback.
Fixed domain names starting with a digit to be resolvable via DNS as part of “connect” command.
Added a server-side setting sv_closecaption to control whether captions can be displayed during gameplay, defaults to only displaying Co-op Strike Mission chat.
Added main menu movies for Mutiny and Swamp. 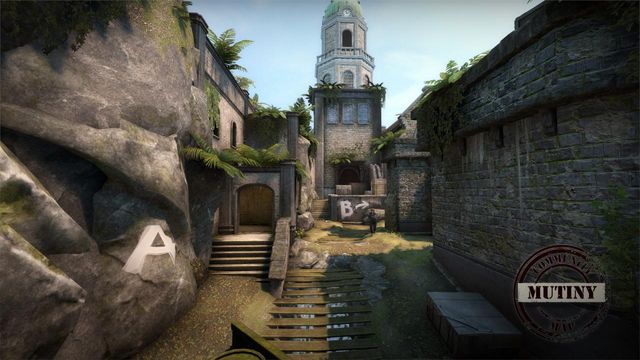