A new season is coming soon!

Ubisoft's brand new futuristic battle royale, Hyper Scape, has started off with a bang, as it unexpectedly dropped into the laps of FPS fans recently.

Now, players are gearing up for the full-on release of Hyper Scape with Season 1 - currently it is still in open beta,

When the game fully releases players can also expect the release of Season One.

Let's take a look at what we know!

Kicking off on September 15, players will be able to jump into Turbo Mode, which offers max-level loot, faster sector collapse and rapid health regen.

Check out the trailer below!

The Hyper Scape devs have taken to Reddit ahead of the Season 1 launch with a message for its loyal fanbase regarding patch updates and changes to the game.

u/UbiMorning had this to say:

"We wanted to make a quick post here to let you know we’ve followed and logged your detailed patch feedback over the weekend. The team is hard at work assessing the feedback and our gameplay data, to determine what adjustments we’ll make for our Season 1 launch next week. Indeed, with this final Open Beta patch, we intentionally wanted to explore our limits in terms of the adjustments introduced, to make real use of our final Beta moments, and we understand it was almost a whiplash for many of you. We don’t intend to make such large, sweeping changes on a regular basis when fully live. We’ll communicate the Season 1 changes once the team settles on them, and we plan to meet all of you next week (exact day/time to be communicated soon) for our next developer AMA!"

Players can earn 600 BitCoins just for watching or playing Hyper Scape during its Open Beta! 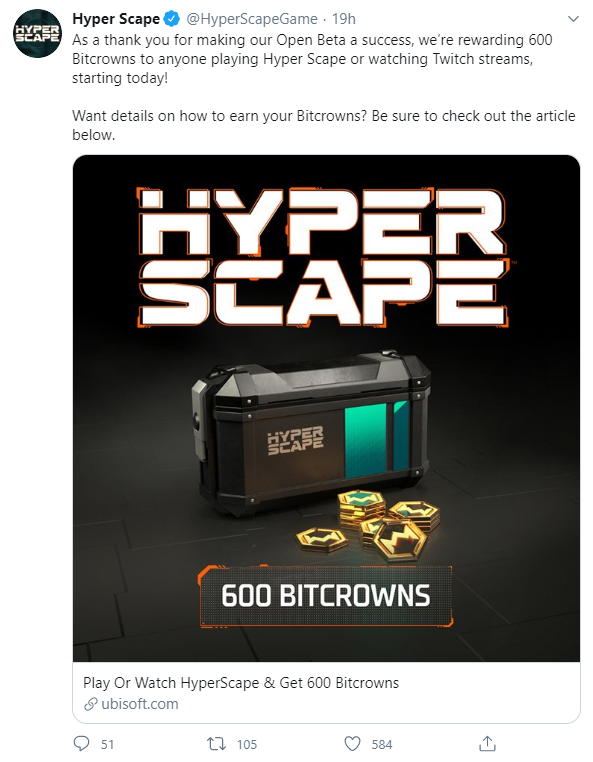 Hyper Scape Season One will start on August 11th 2020!

By now most of you have probably finished the closed beta Battle Pass for Hyper Scape; this pass included an ample amount of cosmetic items for players to obtain.

Such as new skins, weapon skins, pod skins and other emotes.

Reddit user u/HyperscapeEnthusiast noticed some new skins during the reveal trailer back during the Ubisoft event. 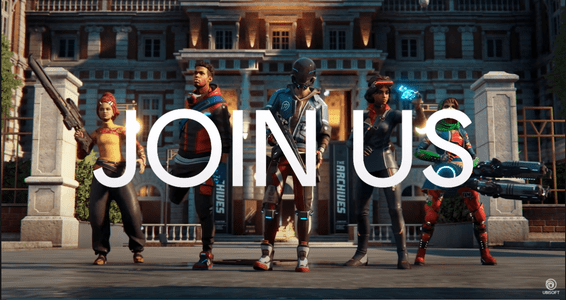 The new Battle Pass will hold 100 tiers of content.

Crown Rush is the main in Hyper Scape. 100 players are thrown into a Battle Royale map called Neo Arcadia.

Crown Rush can be played solo or in a group of three.

It's been confirmed that new limited-time modes are coming in the new season.

As of now, these are all the weapons useable in Hyper Scape:

Hopefully, Ubisoft will implement some new weapons into the game because the selection of weapons is becoming stale quickly.

Hyper Scapes signature flare is the usage of 'Hacks', which is essentially a wide array of abilities that players can pick up over the map. These can be mixed and matched to your liking, and with the right combination, player are able to dominate their opponents with ease.

The developers have confirmed that there will be more Hacks coming soon, so we can expect these to be added with the release of Season One! 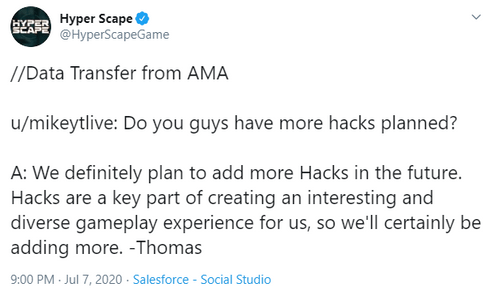 Hyper Scape is coming to Xbox One and PlayStation 4 in Season 1!