Omen might become your worst enemy... Or best teammate!

Valorant has had its fair share of bugs being recently out of the beta phase.

Act 2 is on its way soon and fingers crossed we don't run into many more glitches.

That's not the case for now as Omen is here with a pretty insane exploit.

We've gathered all the information you need.

Omen has a bit of a history when it comes to bugs such as teleporting to areas which shouldn't be reachable.

Redditor randomperson134 created a post bringing light to this glitch.

In this exploit, players are able to see through Omen whilst he teleports.

In this scenario, Omen is standing in front of his smoke ability and the player is able to see Jett through him, landing a one-shot kill.

This bug is pretty easy to do yourself.

Simply get an Omen on your team to use his smoke ability, then get him to teleport away whilst standing in front of it, now just look through his silhouette. 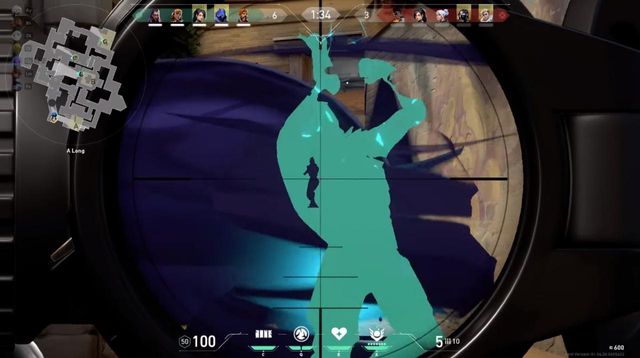 There's a possibility the smoke aspect of this glitch may not be singular to Omen's smoke, if so the game might be a bit broken for a while due to many other agents having smoke abilities (Viper, Brimstone, Jett, Cypher).

Technically you should be able to use this against enemy abilities, for example of an enemy Omen places down a smoke, get your friendly Omen to teleport in front of it.

This will likely be patched as soon as possible so if you want to have some fun with it, take advantage while it's about.