Could World of Warcraft be coming to console?

World of Warcraft: Shadowlands is currently in beta and many are loving it so far.

Recently many questioned if the classic will be coming to console due to a review.

Here's all we know!

World of Warcraft: Shadowlands is the newest expansion for one of the biggest MMORPGs in the world created by Blizzard Entertainment.

It's only ever been available on PC and hasn't made the jump to console, like games such as Elder Scrolls Online.

Though recently many started to believe it could be coming to Xbox due to a tweet made by Gematsu. 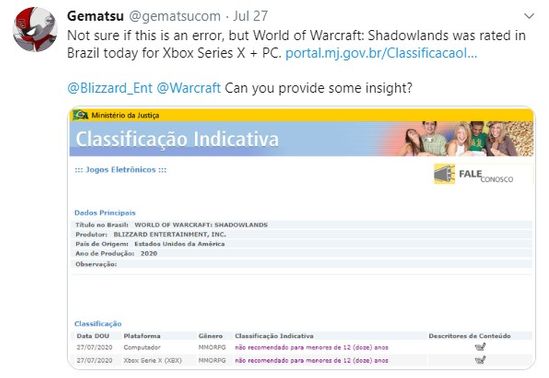 UM ERRO?: Could this simply be an error?

Shadowlands had been rated for Xbox Series X in Brazil and the agency has been known to leaks things previous so it was possible this had some truth behind it. 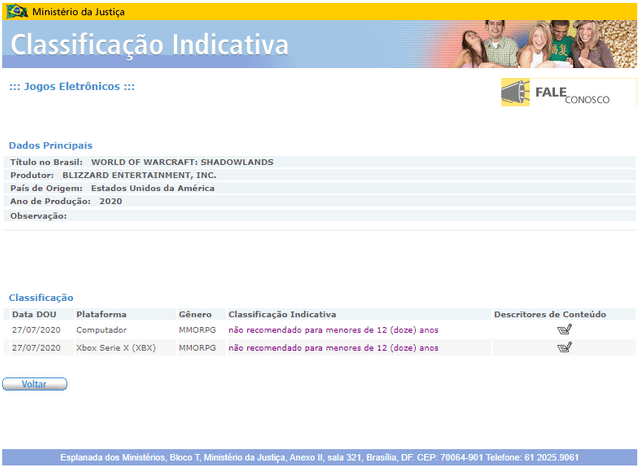 Windows Central reached out to the developers asking if the game was coming to Xbox Series X and got this response:

"We currently have no plans to bring World of Warcraft or World of Warcraft: Shadowlands to Xbox Series X. The platform was listed on the Brazil Ministry of Justice rating website in error, and the entry has since been updated to reflect that the game is coming only to PC."

They went on to ask if Blizzard would ever consider bringing World of Warcraft to Xbox One Series X or other consoles in the future?

Blizzard replied by saying that the team simply didn't have any plans for other platforms to announce at this time.

To verify your submission you must enter "Xbox Series X" into government forms so it's unclear how this could simply be a mistake.

Whatever the case is, we like many others hope this will change - to give a wider audience the opportunity to play the masterpiece that is World Of Warcraft.