Nintendo Direct August 2020: Dates, Times, Games And Everything We Know

Will Nintendo Finally Release A Game?

Although 2020 is gearing up to be one of the biggest gaming years in quite some time, with the release of both the Xbox Series X and PS5. Nintendo has taken a backseat for some reason.

Over the last two months, we have had major reveals of Fall releases from Sony and Microsoft, but Nintendo has remained quiet.

Despite a few titles being propped up, such as Paper Mario The Origami King and Pikmin 3, we've seen very little so far. Perhaps they are gearing up for a major reveal in August.

Here's what we know about the next Nintendo Direct.

Will There Be A Nintendo Direct?

With no major Nintendo releases upcoming for the holiday season, one has to assume they must be holding a Direct next month.

It will be strange for Nintendo to not release any major first-party titles this year; especially with the Series X and PS5 releasing.

We are all well aware that Nintendo has the power to win over all of the console gamers with the release of a massive title such as Breath of The Wild 2.

As of now, we do not know what Nintendo has in store for us; but we may have had some leaks that point us in the direction of a Direct! 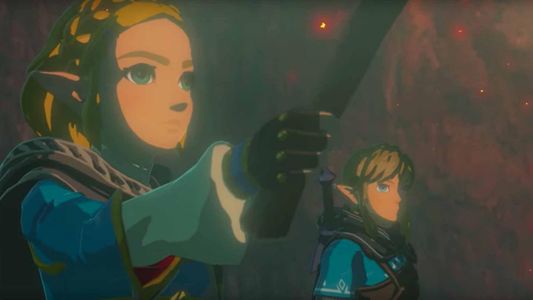 Resetera user ‘NateDrake’, outed this week’s Indie World Showcase before its announcement and has also mentioned that a full direct will come in August.

@JeffGrubb has also indicated on Twitter that Nintendo will hold a second event later this month - likely to be the 28th August.

Nintendo's recent Partner Direct, in which partnered game studios showcased their upcoming releases, claimed more would come in the future. It could be this next direct is another Partner themed direct.

But sources at VGC have also indicated that Nintendo could hold back the next Direct until late August or even September.

So far the only, major title coming out of Nintendo this year is Pikmin 3: Deluxe.

Nintendo has also revealed it is holding a special management briefing on the 16th September - could this be related to their Direct plans?

We've not seen a full Direct broadcast since September 2019.

King Zell noted that there would be nothing else this month held by Nintendo and to simply wait for August.

Dexerto was able to find the comments and NateDrake has noted a lot of details about what Nintendo has planned in the coming months.

In a follow-up comment, NateDrake stated: “will be leaning on Mario pretty hard this holiday.” This does not come as a surprise as it is Mario's 35th anniversary, after all, it would be odd for Nintendo to not include any releases around Mario.

There were rumours of remastered Mario classics set to arrive at some point in the next year.

So, there is a high chance we see a specific Direct centred around Mario sometime in August!

With all of the above leaks, we can expect the following games to potentially be revealed by Nintendo next month: