The FIFA 21 Trailer has dropped, here's all the news regarding New Gameplay Features, Co-Op Ultimate Team, 5v5 Volta and all the changes to Career Mode!

The FIFA 21 Trailer has just dropped, with tonnes of new announcements and information regarding new features, modes and gameplay changes coming to FIFA 21. If you missed it, you can find it here.

Let’s dive into all the new additions coming to Gameplay, Ultimate Team, Career Mode and Volta in FIFA 21!

Gameplay appears to be getting a much-needed overhaul in FIFA 21, with a number of new systems and mechanics announced today!

Allows you to explode past defenders with greater control and responsiveness in 1v1 situations. Faster footwork and new skills such as the bridge dribble and ball roll fake turn should allow for more dynamic 1v1 situations, and not just a typical drag-back fest that we’ve seen in FIFA 20.

A much requested feature in FIFA, positioning personality puts greater emphasis on positional and spatial awareness, with world-class forwards holding runs to stay level with last defenders, playmakers roaming between the lines looking for space, and the best defenders closing down passing lanes more effectively.

What would appear to be some form of revamped attacking intelligence, Creative Runs should allow for more movement in attacking scenarios, and more ways to break down park the bus style defences.

Revisions to Fundamentals of Football

A feature pushed from community feedback, revisions to the fundamentals of football include manual headers, more balanced blocking, more intelligent passing as well as increased responsiveness. 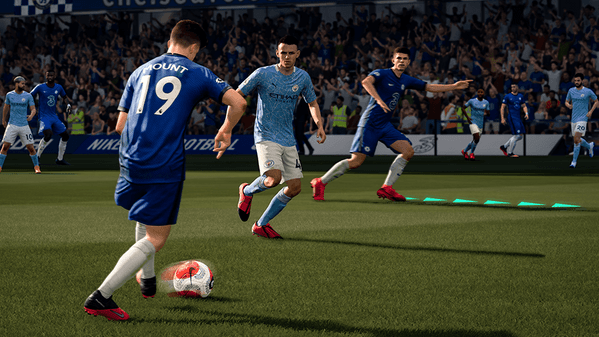 The biggest mode in FIFA is set for some big new additions this season, including Co-op Division Rivals and Squad Battles, as well as some new icons!

FUT Co-Op lets you team up with a friend and compete for rewards. Join forces in both Division Rivals and Squad Battles to earn weekly progress, and work towards brand new Co-Op Objectives that reward playing together beyond winning on the pitch.

Eric Cantona has been confirmed as a new icon in FUT 21, following his voiceover in the FIFA 21 Reveal Trailer, as well as a teaser showing the new UT pack animation, in which Cantona featured.

New FUT Club Customisation has been confirmed with a “range of new and expanded ways” to customise our team’s look both on and off the pitch. Hopefully this means we’ll have even more stadium customisation, pitch, badge and kit customisation in FUT to make our teams feel even more unique and personal.

A massive new feature for Career Mode this year is the addition of a well rounded 2D Interactive Match Simulation. This will allow players to jump in and out of matches to influence the course of the action or take charge of key moments including penalties and free kicks to change the outcome of the match.

A new Match Sharpness attribute, something many Football Manager players will be familiar with, indicates how likely your players are to perform in the most crucial moments during the course of a game.

Decide when to train and when to rest during the week as you balance your players’ sharpness with morale and fitness to make the difference between winning and losing.

Career Mode in FIFA 21 will allow you to sign players in even more ways than previously, with loan to buy offers with optional or mandatory future fee agreements, and respond to AI manager-initiated player swap proposals when teams come in for your superstars.

The new mode from last year will be receiving a number of overhauls in FIFA 21, including the much-requested addition to be able to squad up with friends online!

A huge area of improvement for Volta is coming to FIFA 21, with the ability to join together with up to three friends or drop into the community with other VOLTA FOOTBALL players and win as one in 5v5 online cooperative play.

Volta will have new game pacing, intelligent squad movement and more rewarding 1v1 situations in Volta gameplay, in addition to all of the new gameplay features coming to FIFA 21 on the whole, which Volta will have integrated.

New ways to customise your male or female avatar will be coming to Volta in FIFA 21, with new apparel from professional clubs, street football collectives and celebrity-designed collections.