Make sure you team up - you'll never survive as a Yone wolf.

League of Legends may be in the middle of its Spirit Blossom event, but that hasn't stopped Riot from adding a fresh hero to the game.

Yasuo's long lost brother, Yone has finally been added to the game having been bought back from the dead.

“The last time we saw Yone, he was presumed dead,” says narrative writer Michael “Riot Pls” Yichao. “I started off by exploring that maybe Yone hadn’t actually died in the first place, but that didn’t feel right. It didn’t do Yone justice, but more than that, it didn’t do Yasuo justice either. I really wanted to ensure that I furthered the story of these two brothers rather than rewrite it entirely or take away from what they’ve been through.”

“Initially I wanted Yone to be sort of like an ‘echo fighter’ to Yasuo. We wanted to lower Yasuo’s pick rate, which sounds really weird! But it’s actually healthy for League,” says champion designer Jonathan “EndlessPillows” Fuller. “Yasuo is the highest played champion in League. Giving Yasuo mains another option with a similar playstyle helps increase champion diversity, and that keeps each game feeling fresh.” 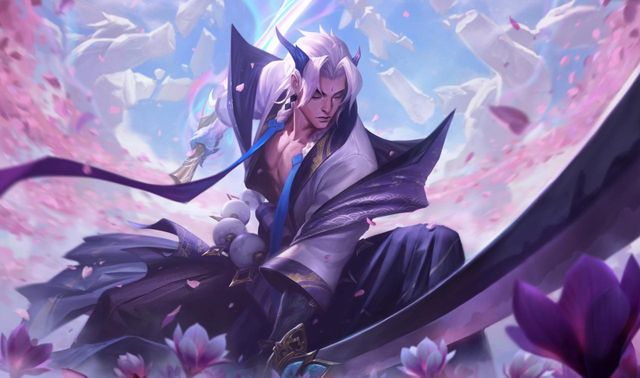 Yone's moveset is pretty versatile. His passive ability, Way of the Hunter, allows him to use two blades. Every second attack deals more magic damage. Critical strike chance is doubled, but they do deal less damage.

Yone thrusts forward, dealing physical damage to opponents. On hit, he gains a stack of Gathering Storm. At two stacks, Yone can dash forward with a wave that makes enemies airborne.

Yone cleaves forward in a massive arc, dealing a portion of the target's maximum health. After successfully hitting an enemy, Yone also gains a temporary shield. The shield's power increases per champion struck.

Yone can enter his Spirit Form, gaining movement speed and leaving his body behind. When Yone's Spirit Form expires, he'll snap back into his body and deal a percentage of all the damage he dealt while in Spirit Form.

Yone strikes all enemies in his path, blinking behind the last enemy hit and knocking everyone airborne towards him.

Summoners while you were playing Yasuo, he studied the blades! ⚔

League of Legends Lunar Revel 2021: Release Date, Skins, And Everything You Need To Know About The Chinese New Year Celebration