Here's everything you need to know about the fight between Jake Paul and ex-NBA player, Nate Robinson.

YouTuber Jake Paul confirms that he will be fighting ex-NBA player Nate Robinson during the Mike Tyson vs Roy-Jones boxing match, which will be the third major event Jake has taken part in.

We've collected all the information out there so far and have compiled it for you down below.

Check back for updates.

He then went on to fight Ali, better known as AnEsonGib.

Paul recently confirmed he will be going head to head against former NBA player Nate Robinson.

Fans were speculating that a fight may be happening due to a Twitter feud between the two but nothing had been set in stone.

Many believed this was becoming a reality as Jake posted this below, to Twitter. 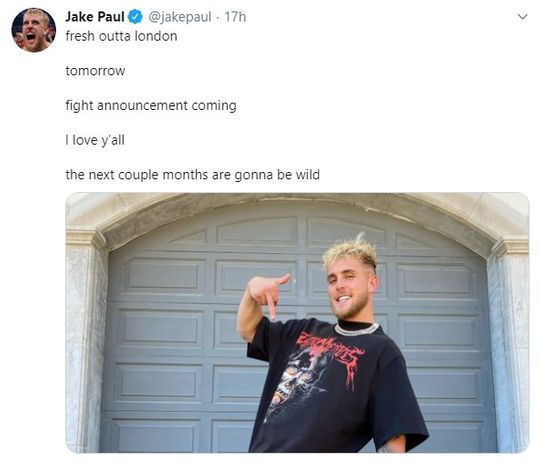 WHO MIKE WIN?: Who do you think will win on the Mike Tyson undercard?

It was revealed that they will, in fact, be boxing it out in the ring, due to confirmation through The Athletic.

When Is The Fight?

The fight happens September 12th on the undercard of the Mike Tyson vs Roy-Jones Jr match.

It will take place at the Dignity Health Sports Park in Carson, California.

Robinson told The Athletic's Shams Charnia, "I wanted to show that I'm a world-class athlete, I played college football, played in the NBA for 11 years, and I'm excited for this venture into boxing. Jake Paul, I want all the smoke."

Whilst Jake told him, "I am excited to partner with Thriller and get in the ring to fight an elite athlete, But make no mistake, on September 12, Nate will meet the canvas early." 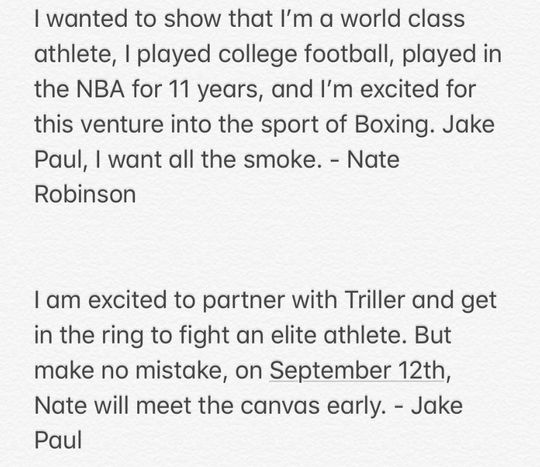 Paul has achieved two wins in previous fights and so believes he'll get a third, but who knows what will happen!

Watch this space for updates.

The 2021 DICE Awards Nominees And Our Predictions