The game is going free for new players, and adding some big updates for long-time fans.

Rocket League is going free-to-play this Summer, developers Psyonix have confirmed, alongside fresh new updates that new and existing players can enjoy.

Here's everything we know about the momentous update to the game.

When Will Rocket League Go Free To Play?

Rocket League will go free to play on all platforms on 23rd September!

What Platforms Will It Go Free-To-Play On?

Rocket League will go free-to-play on all platforms, meaning you'll be able to download it on your PS4, Xbox One, Nintendo Switch or PC.

Speaking of PC, the game is transitioning to the Epic Games Store from Steam. If you purchased the game on Steam you'll still be able to play it there if you choose to, with that version still receiving updates. However, new players will be required to install the game from the Epic Games Store.

What About My Progress?

As part of this update, Psyonix is enabling cross-progression. That means you'll be able to pick up where you left off on any platform, transferring not only your in-game unlocks and purchases but also Rocket Pass progress and even your ranks.

You can start linking your account as of 16th September. Find out more here.

Will I Get Any Freebies If I've Already Bought The Game?

Yep, you lucky thing. You'll unlock the following once the game goes free-to-play: 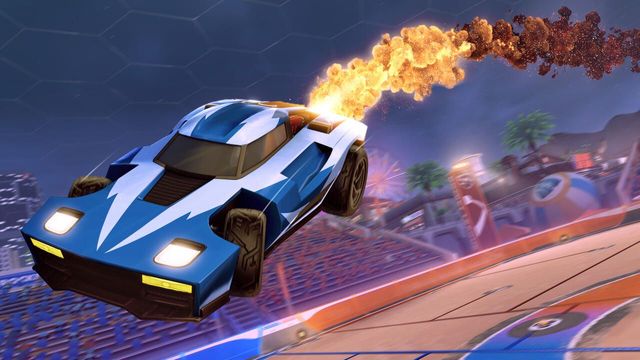