In comparison to the Colored Pencils, this boss is rather easy to finish off, but it can catch you out with massive damage if you're not careful.

Here's our guide to easily defeating it.

How To Beat The Rubber Band Boss In Paper Mario: The Origami King

Where targeted areas would deal damage to you in the previous boss, this one does not deal damage and will move you onto the next ring of panels instead. 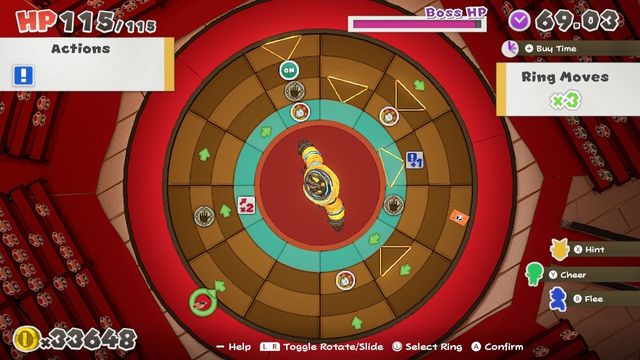 You need to land on an attack icon as Mario's final spot in order to attack, otherwise, you will not be able to. It's advised you focus on the 1000-fold arms rather than regular attacks in this battle as they will deal mass damage.

When rotating the rings, the arrows will need to be placed in a line in order to get Mario to move around the next ring. Otherwise, Mario will run all the way to the end of the line and come to a halt if he is not given a direction to move. You also need to begin Mario's run with a directional arrow, or he will fall over and you will lose your turn.

Again, it doesn't matter where you land around this boss as long as you land on an attack icon. Do not use them on the furthest ring as you will deal next to no damage. 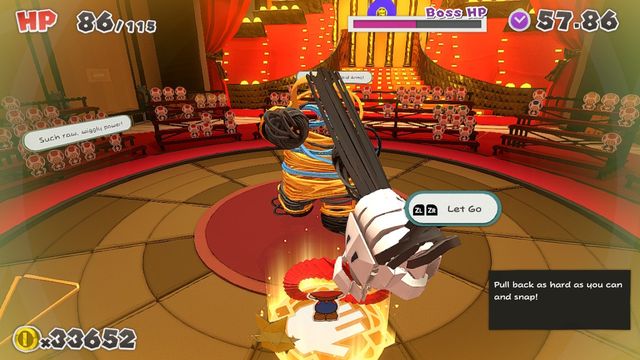 Focus on the outer ring and the very central ring to get into position. In the first few rounds, most of the work will be done for you and won't require much organisation.

Line up your run so that you walk over the 'ON' icon to activate the Magic Circle and finish on it so you can use the 1000-fold arms. You should need to worry about getting extra bonuses with this strategy.

As the battle progresses, the Rubber Band boss will remove all upwards arrows so you are unable to get up close. 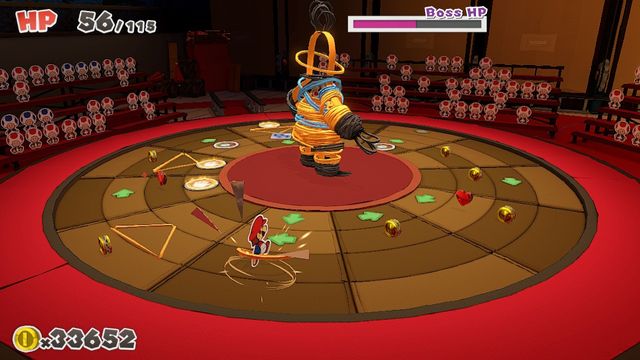 You'll want to line up as many of these as possible to take you up towards the boss in order to continue your attacks. This is only temporary, as the boss will get weak and won't be able to do this forever.

When a rubber band has been activated by Mario, it will curl up into a ball. Walking on it a second time will trip Mario up and end your turn.

Eventually, the boss will get to a point where regular attacks won't work and you will need to use the 1000-fold arms before finally being left with just 1 rubber band. 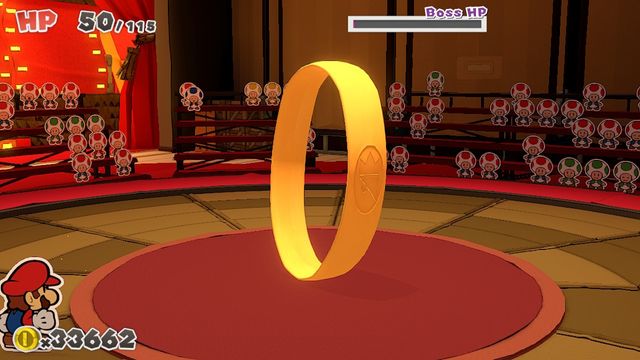 Again, you'll need to align the panels to land on a Magic Circle to activate the 1000-fold arms. This time the rubber band will actively move out of the way of your attempts to grab it and will ultimately attack you.

We recommend keeping your arms in one location and waiting for the grab prompt to trigger - you'll need to be quick as the window of opportunity to grab it is small. 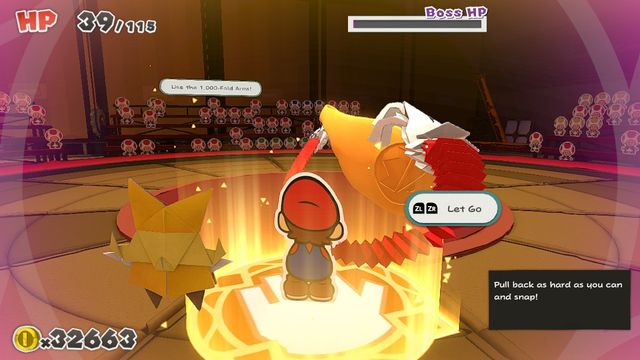 Once you've grabbed it, you'll be prompted to smash it on the ground and finally fling it off into the distance.