Do not stop firing!

Hyper Scape is going live on consoles and PC as it enters Season 1 in August.

This will also be a great time for players to check out the new battle pass and other changes!

One of the weapons that have gained a lot of attention since release is the Hexfire LMG.

Here's how to master it!

What Type Of Weapon Is It And How Should I Use It?

The Hexfire is currently the only LMG in Hyper Scape and it is known for being the biggest weapon as well! Although it has one of the lowest damage outputs of any weapon, it has a 150 round magazine.

The weapon is best used as a covering fire style of weapon; raining down constant bullets upon your enemies is the way to go with the Hexfire.

This is where the Hexfire features its weaker stats, but since it has such as a high fire rate and magazine size; it works well together!

Thanks to HyperScapeFandom we are able to see all the different damage levels for the Hexfire, depending on the Fuse level! 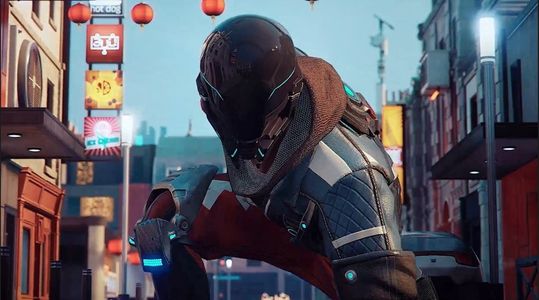 This is where the Hexfire gets a lot of its upgrades the more times you Fuse it.

HyperScapeFandom has all the different levels for mag size of the Hexfire and you can also view them below!

Yes! This is one of the best weapons in the game without fusing, and with the amount of rounds you can fire the more you fuse it; it's a no brainer!

Since the Hexfire has a lot of ammo, and a high rate of fire; you can really take any weapon as your secondary!

Here are some of the best options we can think of: