Clayster's not happy about the state of the servers.

The second London Home Series of the Call of Duty League has concluded and it had its fair share of controversies.

After three days of intense competition between the eight franchise teams, the Dallas Empire emerged as victors as the battle for seeding ahead of Championship Weekend begins to heat up.

Even though Empire was victorious, Clayster admirably stuck up for the losing side by brandishing the servers as "unfair". 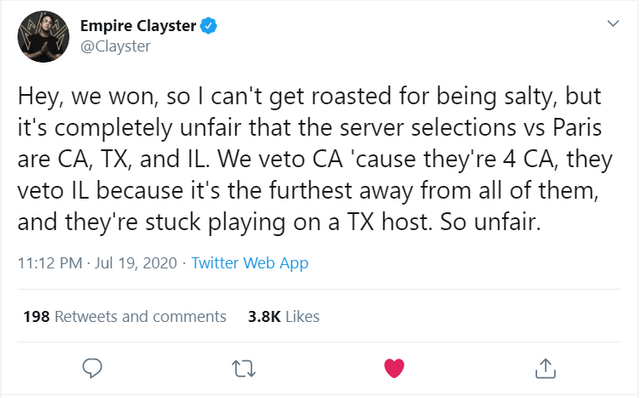 The Empire handily dispatched of the Paris Legion in the finals of the tournament with a clinical 3-0 victory but Dallas managed to select a Texas server prior to the match, giving them a superior connection to the servers than their opposition.

Paris Legion slayer Conrad “Shockz” Rymarek responded to the two-time world champion, thanking him for raising the issue to a wider audience and wishing he and his team could have made the finals a much closer contest if the game was played on a neutral server. 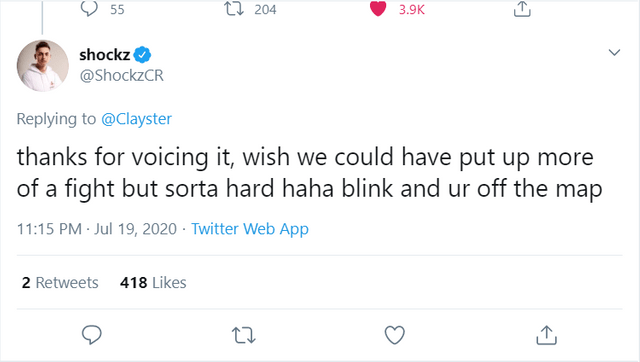 With such a small number of dedicated servers for players to select before the beginning of a game, there is almost always going to be an instance where one team gets a significantly better connection to the server than the other, which is not ideal when it comes to providing a fair environment for competition.

It appears that several pro players have attempted to communicate the issues with the CDL, but nothing has been done yet, which is worrying as we head ever-closer to the largest tournament of the year, Champs.

With a total of $4.6 million on the line for the 12 teams and inadequate servers for matches to take place on, the stakes could not be higher as the teams attempt to win the match before it has even started by selecting the server that offers the best connection to their team.