Here are the patch notes for Update 1.12.0 of Pokemon Masters.

Pokemon Masters is getting an exciting new update and there are even a few presents in store!

This update will go live sometime in late July.

Updates to the Explore Menu 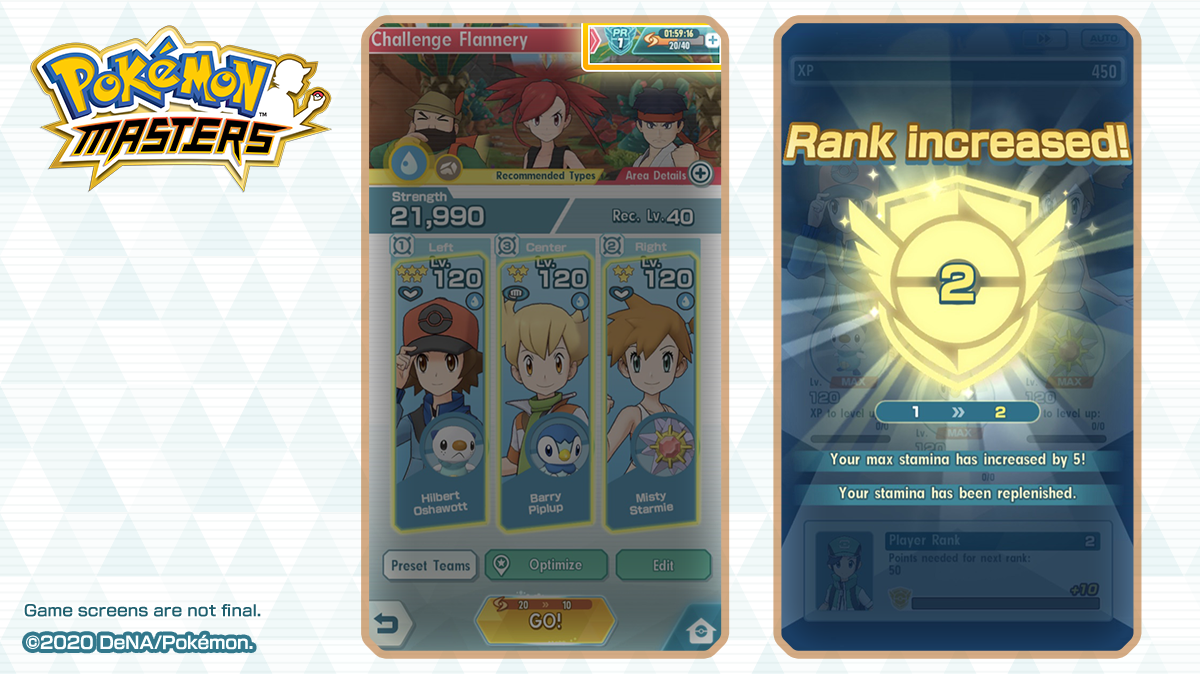 STAMINA: A new Stamina mechanic is being implemented

Note: Based on feedback from players, we are taking a flexible approach to the stamina function, including the possibility of removing it. We would appreciate any additional feedback you can provide after playing this new update. 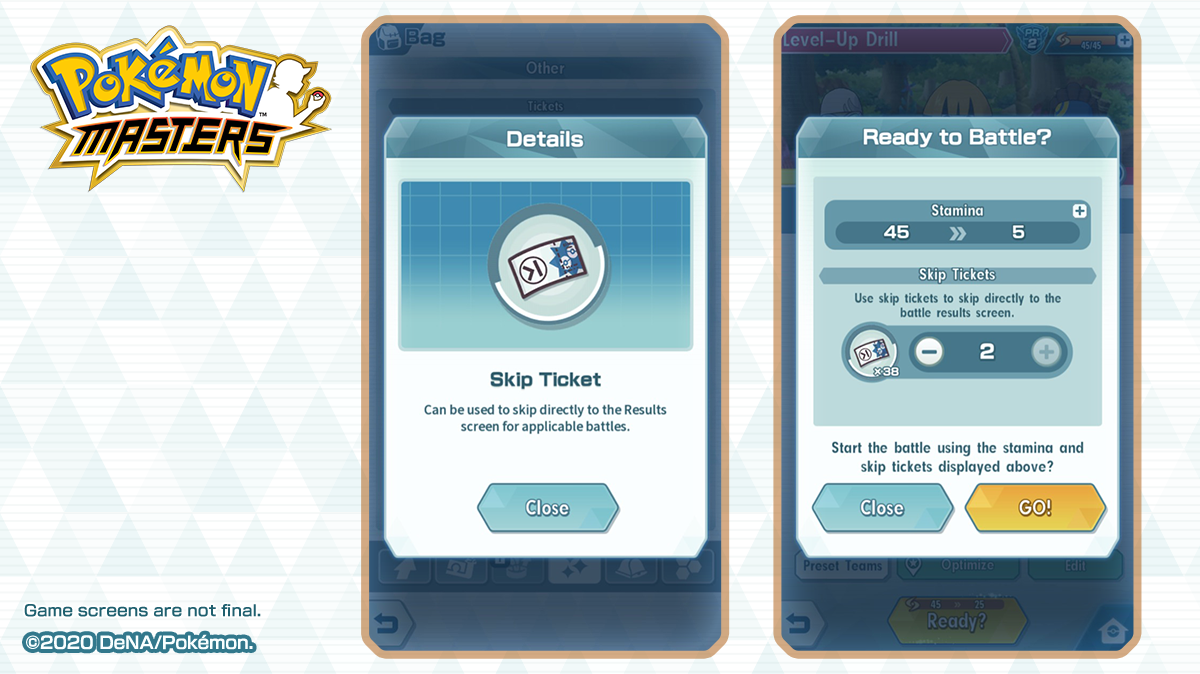 SKIP TICKETS: Here's how the Skip Tickets will work

As a sign of our appreciation for your support, the following presents will be sent to all players when this update is released.

Note: Skip tickets and stamina will be sent as log-in bonuses when this update is released. The number of presents to be sent as well as how to collect them will be announced at a later date.