GTA Online: Someone Spent 6 Weeks Planning A Wedding In-Game, And It Looks Amazing

It was a strictly ‘crew only’ affair.

Planning a dream wedding in a real-life is pretty tough (so we’ve heard), so you'd think doing it in a video game would be easier, right? Wrong.

“I just had the idea and realised I’ve personally never seen a wedding done in GTA before!” he told us. NHS worker David met Vicky a few months ago when she joined his GTA online crew.

“I started by my crew back on PS3 when the game first came out but never did anything with it. I’ve met friends through various jobs and built a little friend group. About 4 months ago we decided to start it up proper and it’s just avalanched into something huge" he explained, adding that the crew has "over 60 members now."

"She [Vicky] got brought in by a guy who was her mate and he’s since left but she stayed.”

So the question is, how do you go about planning a GTA wedding?

“The planning took weeks, in two groups planning out venues, vehicles and outfits for both sides,” David said.

“Vicky had picked the girls to be her bridal party so they went off to sort dresses etc,” he explained. "I picked my suit for the guys with me."

“I had to pick people to drive to match the cars up with suits then choose venues. It actually changed a few times when we kept finding better places."

“The beach was only added in on the day when I was running through it with my mate who did the photography. It was just finding the places that would look the best and most realistic hence choosing the cemetery as it actually had a church." 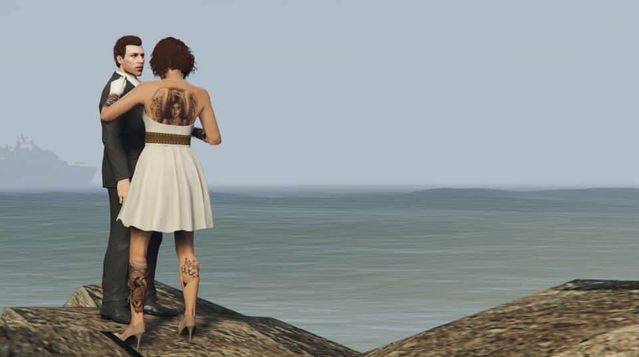 For most people, finding the right caterers, wine and cake is one of the hardest parts of a wedding. For David and Vicky, it was a slightly different issue, as the couple had to battle against Rockstar's often cumbersome online setup.

“The most challenging thing was trying to get everybody in the server and in the right locations to get started,” David said.

Unlike a lot of weddings, which see close family attend, David or Vicky’s parents don’t have GTA online accounts, so the wedding was strictly ‘crew only’.

“We used different members of our crew for family e.g. our oldest member became the father of the bride… and took the job far too seriously" he explained, which has us wondering if he was pointing a shotgun at the groom-to-be the entire time.

Thankfully, it day turned out to be very special indeed. Fleets of white supercars carried the bridal party from the wedding to an after-party, while a dedicated photographer snapped a number of incredible shots of the happy couple. 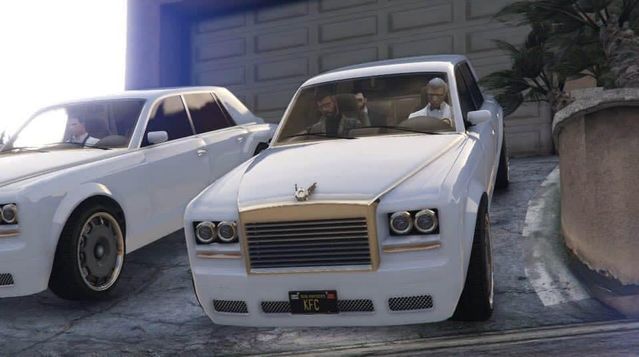 But was David happy with it? And did it turn out better than a ‘real’ wedding?

“I’d say definitely to some extent,” he said. “There’s only so much you can do with online characters. It’s nothing In comparison to real-life but to some extent budget-wise you can obviously do more in a game than you can in real life."

“Renting those 4 cars in real life would have been more than the entire cost of my first marriage!” 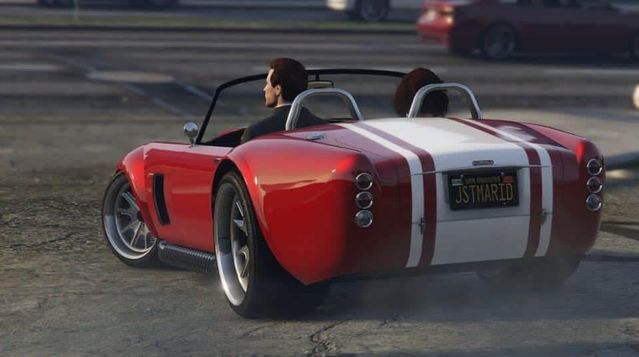 David and Vicky won't be taking to their honeymoon in GTA – in fact, they plan on enjoying one in real life.

“Next month she’s coming up to mine for a weekend so we can actually spend some quality time together. We’ll continue to build the crew together and in real life, who knows what the future holds.”

Have you ever found love while playing online? Let us know in the comments by signing up to Gfinity Plus!