How do we get in?

Call of Duty 2020 is around the corner, but there’s very little we know about it so far.

But we may have had our first clue in the form of a listing on the Xbox Live store called Red Door. Don’t get too excited, though, if it’s anything it’s likely an Alpha test codename.

Treyarch has been keeping its cards close to its chest when it comes to intel on the latest Call of Duty – likely to be the first in the series to feature on next-gen hardware.

The Red Door, which is described as a ‘shooter’ in the listing, first appeared on June 10, then seemed to reappear earlier this week as a public listing.

“There is more than one truth,” the description reads.  “If you go looking for answers, be ready to question everything and accept that nothing will ever be the same. The Red Door awaits, do you dare step through it?”

A PS4 listing for The Red Door has also been spotted on Serial Station.

Now, it’s worth stressing that this in no way confirms that ‘The Red Door’ has anything to do with Call of Duty… so time will tell.

In fact, we still know very little about what Treyarch and Activision have planned. 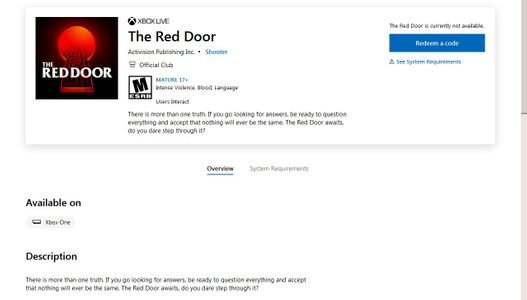 Since The Red Door surfaced on the Xbox store earlier in the week, some handy users have managed to access and download the file.

While doing so, they were able to discover the game itself was called 'Call of Duty®: Black Ops CIA'. Take this with a grain of salt, however, as we do not know if this was Photoshopped or not.

The Gaming Revolution was a user to break this news, but the origins of these images are unknown as of now.

Check them out for yourself below! 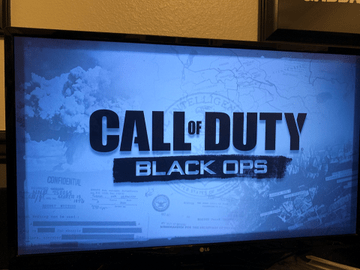 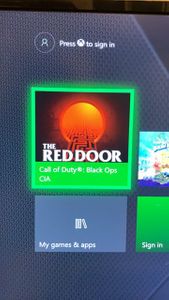 Whether or not these images are real is unknown as of now, but all we can do is assume they are! Once players were able to load up The Red Door; they were not able to get past the first image before being prompted to enter a code in.

Along with the store listing being spotted, we are also able to see that The Red Door has a staggering file size of 81 GB.

We highly doubt there will be any way to get access to this Alpha; as this will only be available via code to specific QA testers and other important personnel.