Familiar, but oh so fun.

If you read that headline and rolled your eyes, we hear you - the Switch almost has too many roguelites at present, but you should hear us out. That's because, whisper it, Neon Abyss might just be one of the best on Nintendo's hybrid system.

It's got all the hallmarks of the genre: dungeons that are randomly built from various rooms, a wide variety of enemy encounters, and the kind of sumptuous pixel art that feels par for the course these days. The difference, then, is in the execution.

The titular Neon Abyss is a network of dungeons spread out below a futuristic dive bar, and exploring them is an absolute joy thanks to responsive platforming controls and pixel-perfect shooting that's mapped to the right stick. Your chosen character (which we'll come to shortly), explores the depths of the Abyss, bouncing from platform to platform and slaying enemies and bosses alike, earning currency and gear the carry over to your next run. 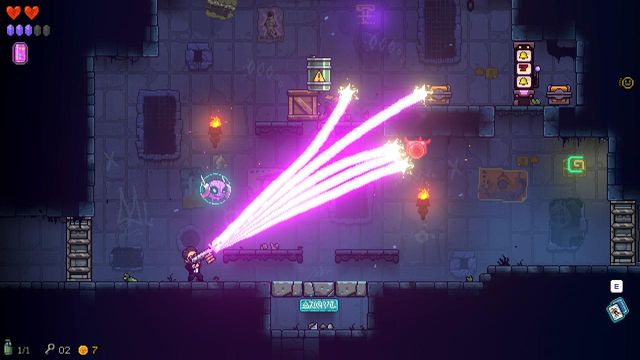 If you've played anything similar, and there's a good chance you have, you'll no doubt have a mental map of how things play out - Neon Abyss takes that map, and doodles on a couple of nifty new additions to add some more colour. For one, you can unlock weapons and items in treasure rooms, if you can find them, usually offering better gear but often hiding a boss.

The second takes a leaf out of the book of genre staple "The Binding of Isaac". On your adventures, you'll find multiple eggs that can hatch into followers, and then gain in power as the level progresses. It's a fun way of mixing things up and adding the kind of screen-filling onslaught of damage that something like Diablo offers in spades. 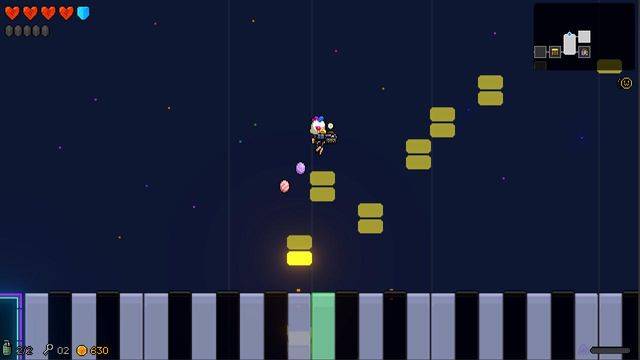 While the focus on upgrading your gear and character roster can make for a slow start, the core shooting mechanics feel tight enough to make the game feel great right from the first minute. Whether you complete a level or not, you'll always be moving towards some kind of upgrade. One of our favourites are the additional playable characters, each with their own abilities. One has access to a proximity mine that can be just as much a help as a hindrance, causing explosive damage to you and enemies if not place correctly. Meanwhile, one is capable of dual-wielding weapons, while another can dash through enemies. Each is able to change your play-style in subtle ways, with varying degrees of health and other attributes. 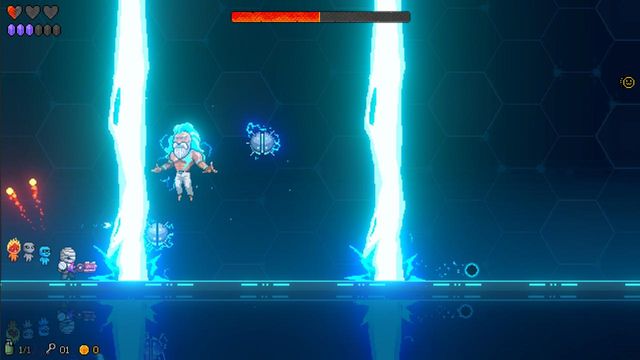 Neon Abyss might not be the most original game on the Switch, but we can't stop playing it all the same. If you've rinsed through Dead Cells or Enter The Gungeon and are looking for something to scratch a similar itch, we'd definitely recommend jumping into the abyss. In fact, we're off for another run.

Reviewed On Nintendo Switch
Review Code Provided By The Publisher