Could we be seeing a new map in Season 6 of Apex Legends?

Apex Legends players are constantly wondering what's next, so Season 6 teasers are at the forefront of the community discussions right now.

Respawn could be hinting at a new map.

We're here to tell you all about the theories circling in the community.

Could The Next Map Be On Psamathe In Olympus?

Apex Legends Season 5's story came to a close on the 15th of July.

For many who didn't know the lore of Apex "The Broken Ghost" event gave a great insight into the game.

There were a lot of theories that the artifact players were building would be Ash from Titanfall 2, and those who thought this, well done - you were right!

The dialogue from the last quest heavily suggests that we will be making our way to a new planet in Season 6.

Lifeline said "go to Olympus", Olympus is a city on Psamathe. Shrugtal, data miner sums it up well in the tweet below.

There are tonnes of 'coincidences', both Lifeline and Octane are from Psamathe and Revenant was sent to the planet when Loba tried to destroy him.

Shrugtal also found code in the game files relating to Olympus, a UFO was seen in a dev stream, well we see a lot of cherry blossom trees, which are common to the planet Psamathe. 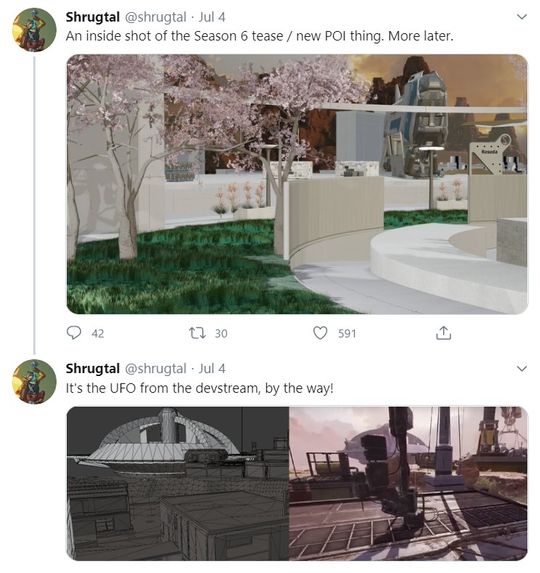 Nothing has been confirmed by Respawn thus far, so fingers crossed they're keeping to themselves for a good reason!