What changes are being made to the combat/skill tree system?

There's plenty to be revealed but something really interesting is the new skill trees.

We want to tell you all about it!

Read More: Assassin's Creed Valhalla Will Let You Change Eivor's Gender As Much As You'd Like

Although Valhalla is part of the Assassin's Creed series, it's clear that they intend to focus on a Viking play style over that of an assassin.

Combat in the game is slower and requires more precision than that of previous titles.

Even though this seems like an odd direction for an assassin game, it stays true to the time in which it's set, with heavy armour and weapons, how on earth are you meant to be quick when wielding a battle axe?

"What we wanted from the beginning is really this idea that the character is a Viking, first, you know? It’s something very important, to be sure that we are true to what the Norse were in this time period, we want the player, without telling them directly, to live the drama that a Norse experienced in this time period." 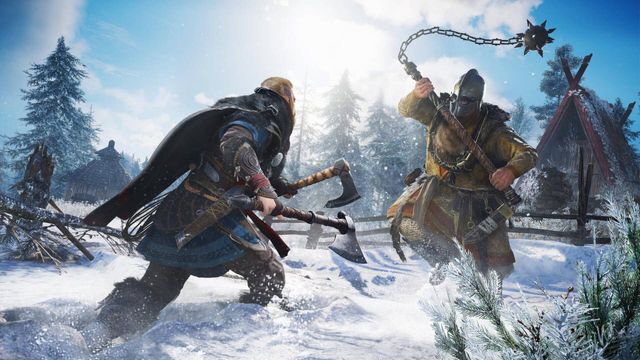 ASSA-SEA-NS CREED: Although it seems like an afterthought, you can still assassinate enemies in Valhalla

What kind of Viking do you want to be?

You will have to ability to choose a specific skill tree which you can put upgrade points towards, unlocking new abilities tailored to your play style.

"We wanted to have some symbolic animal to represent the three directions of the skill tree. If we do a caricature, we could say that the Bear is more of a warrior-oriented element. The Raven is more stealth-oriented, whilst the Wolf is more hunting-oriented."

He continued by saying that within every branch there are different elements which are useful in a range of scenarios like combat, stealth, exploration and navigation.

Each branch seems to specialise in a specific weapon and performs best when using said weapons.

You're able to reset your abilities whenever you wish to do so, meaning you can try a tonne of different play styles.

We can't wait to discover and explore all the different routes these skill trees can lead to, which do you think you'll pick? Bear, Wolf or Raven?