The Legend of Zelda: Breath of the Wild 2: Ganondorf May Not Be The Main Antagonist

Will Ganondorf be making a return?

The Legend of Zelda: Breath of the Wild 2 was announced at E3 2019 and many like us are already desperate to play, even with such little information.

The next title shows a darker Hyrule, this could be due to a dark villain, but who could it be?

Well, a Reddit are going made with theories, here's what we know about a potential new antagonist.

Read More: The Legend of Zelda: Breath of the Wild 2: Release Date, Story, Theories And More Information About The BoTW Sequel

Although many have believed Ganondorf to be the main villain in Breath of the Wild 2, he may be in second place to a worse evil.

In Nintendo’s E3 2019 teaser trailer for BotW 2 it was teased that Ganondorf will be returning from the dead.

Theories have been swirling that Ganon will not be the main antagonist in the next title.

It's confirmed he will be in the game, but we are unclear on in what setting.

In a since-deleted post, a Redditor stated that they believe Ganondorf will not be the villain of the game.

They claimed they were speaking to a Nintendo insider, although there was no evidence to back this claim up.

“Apparently, the game takes place directly after the original BotW as we expected, and as we assumed, it is going to show Link and Zelda rebuilding Hyrule while also dealing with a new threat (He didn’t say much other than that it isn’t Ganon directly).”

As well as the above mentioned, the potential leaker nudges the idea that there may be a flashback before link slept for 100 years, could this be linked to the potential new antagonist?

Another Reddit theory hints that Breath of the Wild 2 could bring back another villain from Zelda: Twilight Princess (released in 2006), this being Zant. 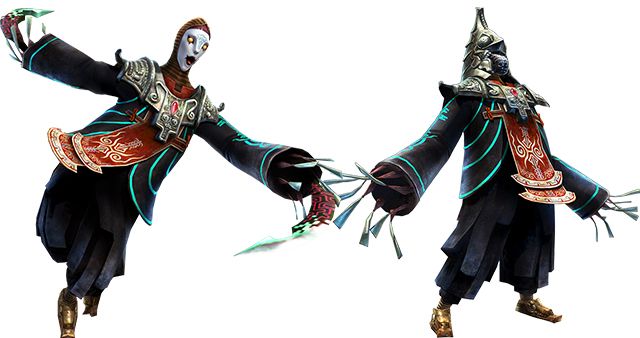 NOW THIS IS THE POWER OF A GOD: Zant is a playable character in the "Hyrule Warriors" series

Many realised that the audio in the new trailer was actually being played in reverse and it sounds a lot like the music played during the boss battle against Zant in Twilight Princess.

Although, all of this can seem like a bit of a reach and the Zelda lore is so complex it's likely it's a lot more complicated than we may think!