Gears 5 may have launched all the way back in 2019, but its next big Operation kicks off next week and brings plenty of content.

Here's everything we know about Operation 4, "Brothers In Arms".

Operations are Gears 5's approach to seasons and each offers a variety of additions.

There are characters, skins, maps and modes added, as well as constant tweaks to the state of the game's multiplayer.

As with previous Operations, "Brothers In Arms" is free - giving players the perfect excuse to jump back into Gears 5.

According to The Coalition, "we’ve rebuilt the Ranked system to make it more clear and fun.

We understand how valuable a player’s time is so we’ve reworked the rewards in Tour of Duty and overhauled the store so nearly all content can be purchased or earned by playing. And this is all happening in Operation 4."

That's a hefty change that's being implemented with this operation.

As part of the Operation's teaser trailer (scroll down for a look), we know that Dom is returning.

Having been killed in Gears of War 3, it's fun to see Gears 5 multiplayer become a toybox of classic characters, following on from the addition of General RAAM in the last Operation.

We can't wait to see who arrives alongside Dom.

This operation's map is sure to be a contentious one, with Gears of War 2's Blood Drive map being the battlefield shown in the teaser trailer.

This symmetrical map has been divisive amongst fans for it's "meatgrinder" style action, but there's always the possibility that more additions are coming alongside it. 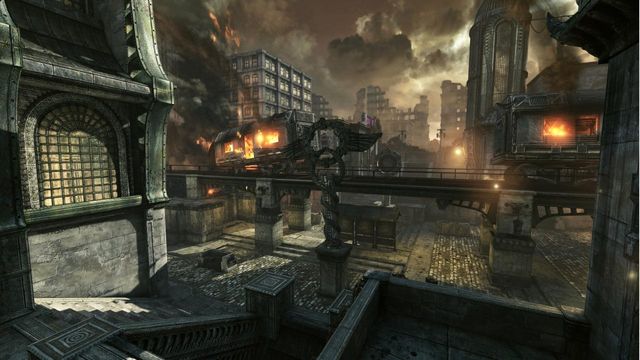