GTA 5 Online: Where to get Shark Cards for CHEAPER than on console

You won't need a loan shark for these deals...

Despite releasing just under seven years ago, the GTA 5 community is still going strong, mainly thanks to the impressive commitment from Rockstar to continue updating GTA Online with new content weekly.

These weekly updates usually include new vehicles and discounted content, meaning that to make the most of GTA Online you’ll need to stock up on money via Shark Cards.

Given the success of GTA Online, Rockstar has been reluctant to reduce their pricing for Shark Cards or allow retailers such as Amazon or GAME to sell these products at a much lower price.

However, CDKeys still has some offers on Shark Cards, selling currency at a lower price than on console. Here are our top picks of their deals.

IF YOU MISSED IT: The Best External Hard Drives for COD 2020

If you’re looking for a solid injection of cash, the Whale Shark Card will hook you up with a cool $3,500,000 to spend on all the latest content.

Originally priced at £34.99, CDKeys has slashed their prices on the product for Xbox users to just £27.99, netting you a 20% saving! Delivery on the product is instant, too, meaning you won’t have to wait for long before jumping back into Los Santos!

We haven’t forgotten about those who play on the PS4, as CDKeys have exclusive offers for this console, too. UK players can also pick up the Whale Shark Cash Card for a great price, with CDKeys selling cards for only £26.99! 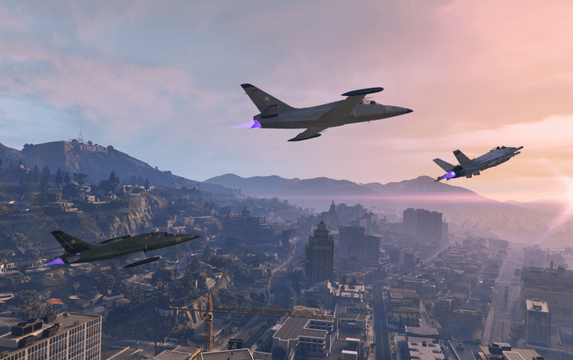 The best deal CDKeys offer on Shark Cards is for those who play on the PC. The Megalodon Shark Card will grant you a solid $8,000,000 for GTA Online, which would really give you a boost to catch up with your console friends who may have been playing for longer.

How to get GTA Cash for FREE via Twitch Prime

If you don’t want to fork out on these amazing deals, but still are in need of some more cash for the GTA Online updates, you’re in luck!

One of the perks of being a Twitch Prime subscriber is that it grants you a bunch of free in-game loot.

Twitch Prime grants its users $200,000 in-game cash each week, with a bonus $200,000 on top of that if you play for 4 consecutive weeks. Twitch Prime members will also benefit from premium discounts on in-game items, stretching your money even further!

You can get all this cash for FREE if you sign up to a free 30-Day Trial of Amazon Prime, which can be cancelled at any time!

Our sister site Stealth Optional is the place to go for all the latest deals and buying guides. Check out this fantastic offer they found that will save you up to £170 on Huawei phones from Amazon!