Lillia, League of Legends latest champion will be setting foot on the rift very soon.

A new champion in League of Legends is always an exciting announcement.

Especially if that new champion happens to be a jungler, or is at least intended to become one.

Lillia is the latest addition to an already stacked roster and will provide a unique set of abilities.

Let's check out all there is to know about Lillia.

Lillia is a magical being whose thoughts and powers are interwoven with the dreams of those who surround her.

She is a shy, clumsy and self-conscious character who is always seeking help those who need it.

Her form is somewhere between a deer, human and a tree.

Lillia is, in fact, a dream in the form of a physical being.

She was created by a magical tree in Ionia that gathers dreams in its flowers, one night this tree had a dream forming Lillia. 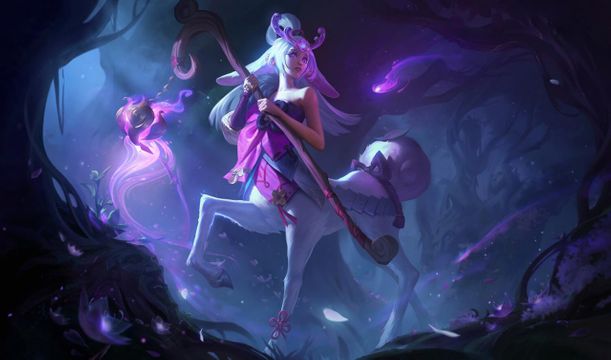 A DREAM COME TRUE: Lillia is a physical manifestation of a dream

Lillia's abilities are certainly focused on the themes of nature and dreams.

It is stated in the Riot's Champion Insights: Lillia that she is intended to be a jungler.

However, like with most champions Riot releases, she'll probably make an appearance everywhere at some point.

Let's check each of Lillia's abilities.

Lillia, The Bashful Bloom, is set to release onto the rift on the 22nd of July.

She will likely be put on the Public Beta Environment by next week.

League of Legends Lunar Revel 2021: Release Date, Skins, And Everything You Need To Know About The Chinese New Year Celebration