What do players need to know before heading into Mario's next adventure?

Paper Mario The Origami King is set to release in just a few short weeks, and this will be the first Paper Mario game in quite some time.

To date, there are already five Paper Mario games, and each of them has their own unique storyline that does not typically link with one and other.

Nevertheless, it is still good to know what Paper Mario has been up to as of late!

The first entry into the franchise had a familiar story that most Mario games start out with. Mario must rescue Princess Peach who gets kidnapped via Bowser!

The game is almost 20 years old now, but it kickstarted the franchise in a positive direction for sure.

Straying away from the generic rescue mission, this time around Mario and the gang are on a cursed island. On this island, Princess Peach begins to talk about this mysterious treasure map she purchased a while back.

Over the course of the game, you learn more and more about this map and the lore behind it. Eventually, Princess Peach does get kidnapped by the main enemies and you will have to rescue her and unlock the mystery that this island has to offer. 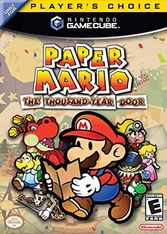 The series first entry onto the Nintendo Wii was a massive hit all around the world. This time around it's not only Princess Peach that needs rescuing, but it's also Luigi and Bowser who have fallen captive to Count Bleck.

Mario is tasked with travelling through multiple dimensions to collect what the game calls Pure Hearts, so that can he resource his friends.

Once Mario collects all eight of these, Mario is able to purse the game long mission of saving his friends!

Bowser interrupts the Sticker Fest celebration and breaks in six parts, the "Royal Stickers", over the Kingdom. Mario sets out to retrieve all the pieces.

Mario manages to defeat Bowser, who drops the last Royal Sticker and gives Mario a wish: to set back peace at the Mushroom Kingdom and restore the Sticker Comet.

The last iteration of the series arrived just four years ago. Mario and Peach adventure to Prism Island, as they received a letter of invitation from this island.

Once they are there, some complications occur on the island and Bowser once again kidnaps Peach.

Bowser has never been stronger than in Color Splash and it's because of the black paint he has covered himself with; allowing Bowser to gain the next level of strength! 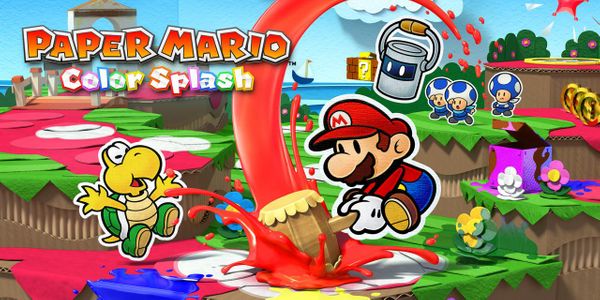 Although the game storylines do not connect, they all appear to follow the classic Mario plot in the same universe.