Back 4 Bood, a new zombie-slaying co-op title from Turtle Rock Studios, has resurfaced after a long period of silence from the developers.

Being published by Warner Bros Interactive, here's everything we know about the game.

The developers have posted a new video noting that beloved 'Game Director' game mode will be making its way into Back 4 Blood.

This mode lets you fully customize the game and you can come up with whatever scenarios you can imagine.

The alpha has begun, and early press responses seem to be very positive.

Eurogamer notes that the game is 'everything' you'd want 'from a new Left 4 Dead' title.

PC Gamer even goes so far as to suggest that the game is basically Left 4 Dead 3.

We've also got the rundown of everything included in each version of the game here.

The game's Alpha test is slated to run from December 17 to December 21, and the team at Turtle Rock Studios has revealed a new "briefing" video to get players up to speed.

Back 4 Blood gameplay has been officially been revealed at this year's Game Awards.

It was noted that the game is going to feature an ample amount of new zombies, including 20 foot high zombies.

Check out some footage down below!

🧟‍♀️ Look out for zombies 🧟‍♂️ in this World Premiere of @back4blood from @TurtleRock! #TheGameAwards pic.twitter.com/XPxgTKOFMG

What Is Back 4 Blood?

As the cheeky number in the title suggests, this is somewhat of a spiritual successor to co-op title Left 4 Dead and its sequel and comes from the developers of those titles, Turtle Rock Studios.

Originally revealed in 2019, the announcement post described the game as "designed from the ground-up as an original, premium title and marries the best of what made the co-op zombie shooter so successful with new features and state-of-the-art technology." 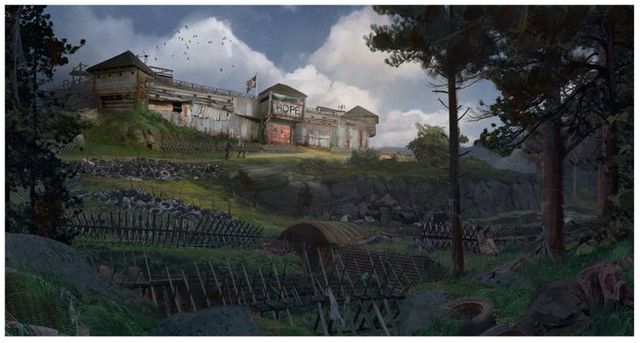 The game is slated to launch on PS5, Xbox Series S/X, PS4, Xbox One, and PC via Steam and Epic Games Store.

The game's pricing has yet to be revealed, but given Evolve (the developer's previous game) rubbed people the wrong way with its bizarre monetisation model, we'd hope Turtle Rock will move to something a little more structured.

You can see the gameplay trailer further up, but if you want something more cinematic, we've added the cinematic trailer below too.