Mega Bloks/Mega Construx is getting a bit of a reputation for leaking Halo content, here's the recent potential spoiler.

It's been almost 5 years since a new Halo game was made so fans are incredibly hungry to see what adventure lies ahead for the Master Chief.

Some fans believe that one of the characters designs could have spoiled the story for the new game.

Kittyrules808 on Reddit made a post speculating about one of the images showcasing the new Mega Blok toys.

One of the figurines has an enemy's helmet on their shoulder piece (second from the right). 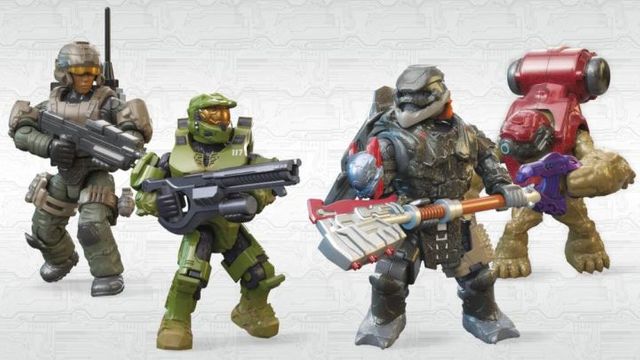 Kittyrules808's Reddit post read, "As you can see in this image the brute has Locke's helmet on his pauldron. It's a brute custom to have the skulls of warriors they killed on their shoulders so it is kinda crazy".

The brutish character, who could be a part of the Banished, has what looks like Jameson Locke's helmet attached to his pauldron.

Until now he was believed to be alive. Locke made an appearance in Halo 5 as a new protagonist.

The Mega Construx page has since been put 'under maintenance' after having put the images live. Maybe they hadn't intended to tease part of the story yet?

The brute is supposedly named Hyperious.

Other information was revealed such as a new vehicle called a Skiff (as seen below) and a gigantic Pelican playset, starring John 117 and The Pilot who brings him back online, who was showcased in the game's E3 trailer last year. 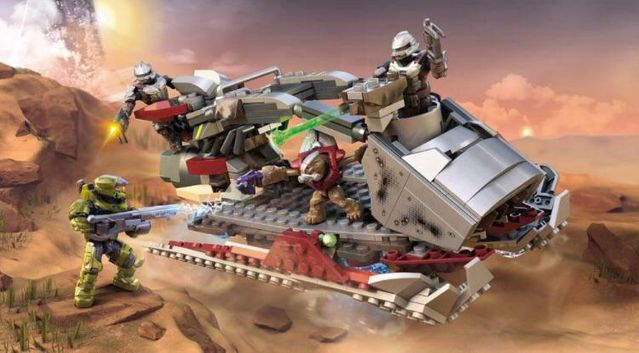 Until we get some more news on Halo Infinite this is a cool tease (whether it was intended or not). We can't wait to find out more about the game at the July Xbox Series X showcase.

343 stated that some of the Mega Contrux products will come with a code that will redeem in-game exclusive content.

Halo Infinite Is Still Coming To Xbox One, 343 Industries Confirms