Here are the best offers on Kontrol Freek, Xbox Elite controllers, and more!

With Call of Duty’s midseason patch seemingly nerfing some of the most popular guns in Modern Warfare and Warzone, you may see your K/D start to drop significantly.

If you can no longer rely on the Grau 5.56 or MP5 to pull you through gunfights, improving your aim and reaction time with thumb and trigger grips.

These accessories snap onto your existing controller sticks or triggers and are ergonomically tailored to FPS-focused gameplay.

We’ve put together the best deals of the day on these controller accessories, so make sure to check them out before they sell out!

IF YOU MISSED IT: These fantastic headsets are perfect for Warzone have seen their prices slashed

GAME is offering this HUGE bundle of triggers and thumb grips for just £7.99, and it's an essential buy for anyone looking to upgrade their DualShock setup.

As a former Xbox One user who switched over to the PS4 for Spider-Man and The Last of Us 2, one of the biggest shocks was how bad the triggers on the DualShock are compared to the Xbox controller. Luckily, this pack fixed that issue as it includes a set of ergonomic triggers that extend the size of the DualShock’s L2 and R2 buttons, allowing you to increase your fire rate and reaction time when facing an enemy camping in the corner for a cheap kill.

It also includes a set of grips for the DualShock’s joysticks which can feel quite slippery at times.

On top of this, you will get two high-precision sticks for the controller that will enhance your aim and give more control to your shooting. We haven’t forgotten about you, Xbox players!

The greatest difference between the Xbox One and PS4 controllers has to be the thumbsticks, as the Xbox boasts much smaller sticks that feel harder to control than the DualShock’s.

Given Call of Duty: Modern Warfare is now cross-play, it’s bad enough that you already have a disadvantage against PC players, so don’t give PS4 players the upper hand and get a pair of Kontrol Freek sticks!

The best offer we can find for Xbox players comes is this pair of Battle Royal thumbsticks for £14.99 from Amazon.

This tailor-made grip sits on top of your thumbstick and promises to improve your shooting at mid-to-long range by adding 11.7mm of height to your sticks, increasing the arc length, resulting in more precise movements and aiming.

Aside from the aiming benefits, these grips will provide more comfort as less force is required to both move the sticks and press them down- perfect for some sweaty dropshotting. 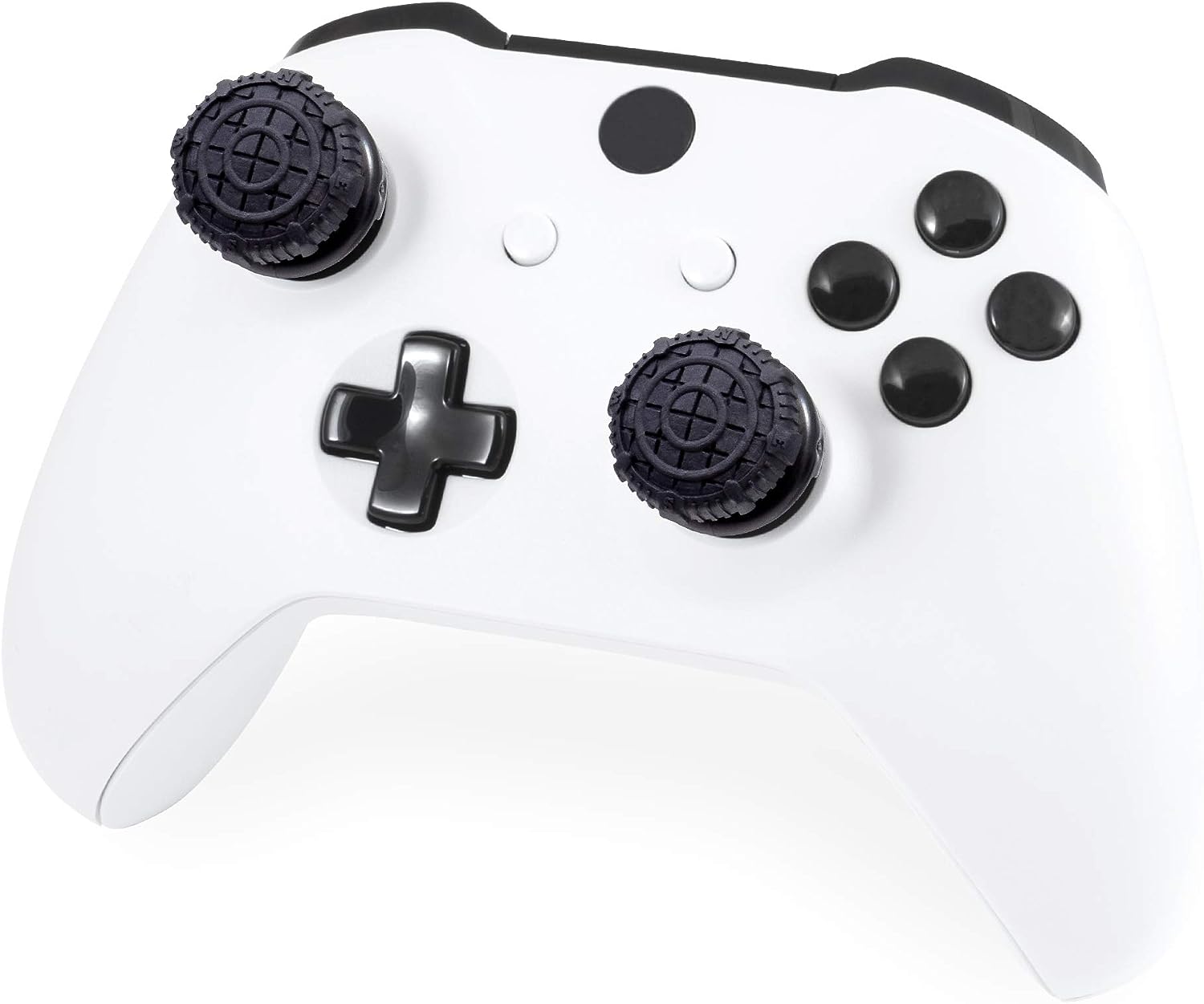 Given the popularity and quality of Kontrol Freeks, it’s no wonder the FPS Battle Royal sticks are sold out for the PS4 controller!

However, there are still plenty of cheap Kontrol Freeks for the PS4, the best of which is the FPS Freek Inferno pack, available from Amazon for £14.99.

Much like the FPS Battle Royal set, the Inferno grips increase the height of your thumbsticks to better your in-game aiming and shooting accuracy.

The spiral pattern on the grips will ensure you don’t slip off the sticks during a particularly intense Gulag fight. Once again, less force is required to press L3, making your drop-shotting much easier. 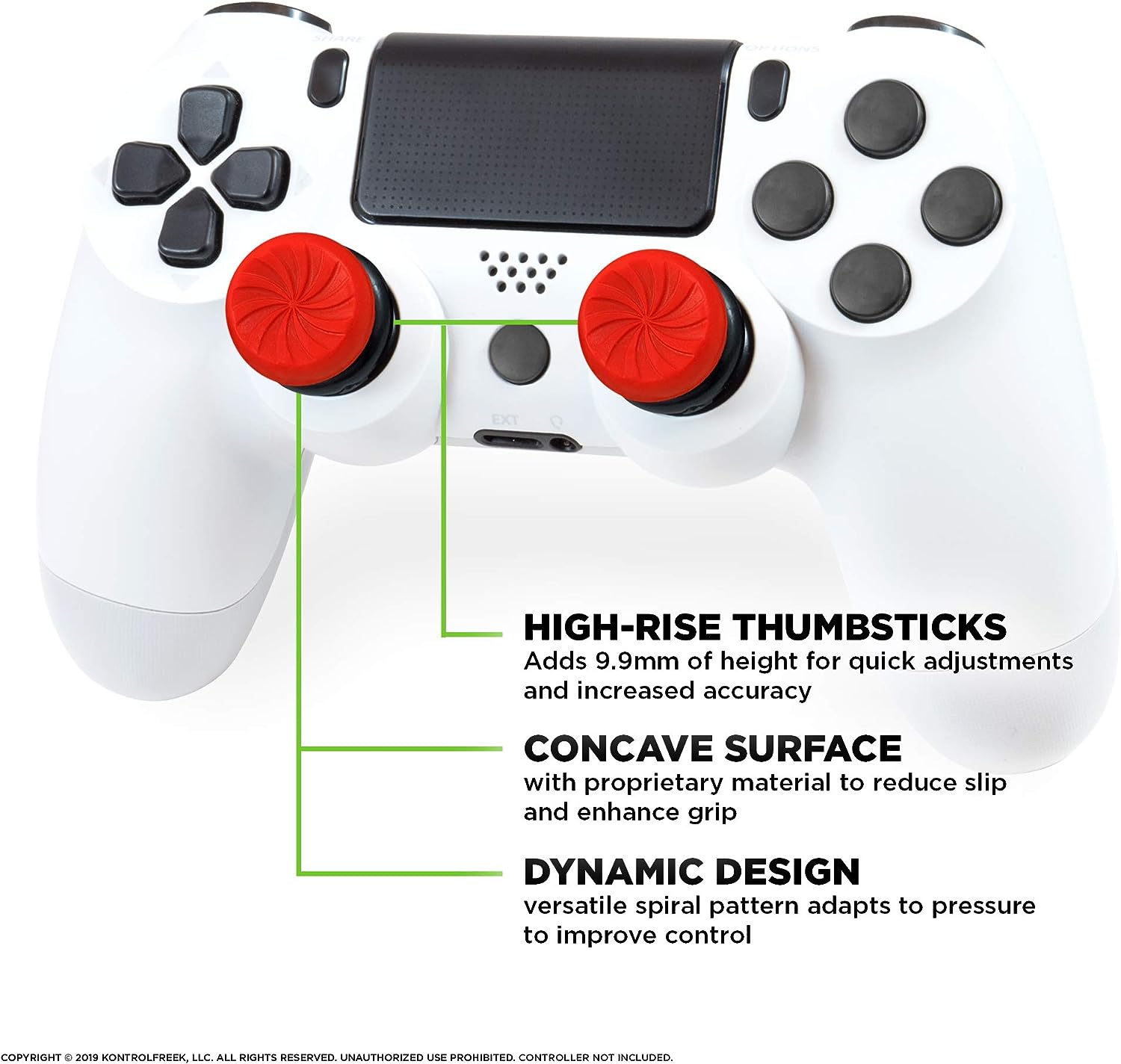 If Kontrol Freeks aren’t enough for you and you want an even better controller setup, you can’t beat Xbox One’s Elite controller.

The Elite controller is a pro-level Xbox controller that features an arsenal of swappable components so you can tailor your controller for your playstyle.

Aside from different triggers and thumbsticks, it also includes interchangeable paddles that fit neatly on the back of the controller.

By mapping buttons to these four paddles, you can drastically improve your reaction times as you don’t have to fiddle about shifting your hand between the thumbsticks and buttons.

This highly-sought-after controller is pretty hard to find for cheap online, being sold out from many outlets including Amazon.

However, we’ve found a clearance deal from Argos that offers the Xbox Elite controller for just £118.99! This offer is likely to sell out FAST, so if you’re interested make sure to pick one up soon! The Elite Series 1 controller comes with the following:

Our sister site Stealth Optional is the best place to go for more deals and buying guides. Check out this fantastic deal they found on Acer products, or the where to get the PSVR bundle for cheap ahead of the Iron Man VR release!