Warzone Season 4: How To Get A Counter-UAV

Counter-UAVs have been added to Warzone!

With the mid-season update arriving in Warzone Season 4, a new killstreak has been added - the Counter-UAV.

It appears Infinity Ward have taken note of the UAV spam and have actively taken steps to help counteract it.

How To Get A Counter-UAV In Warzone

Counter-UAVs are available in-game as an extremely rare drop and are used like any other killstreak.

It may take sometime before you find one, but can be very valuable. The Counter-UAV disrupts the entire mini-map, effectively blanking it out so you can not see the position of anything on the map. 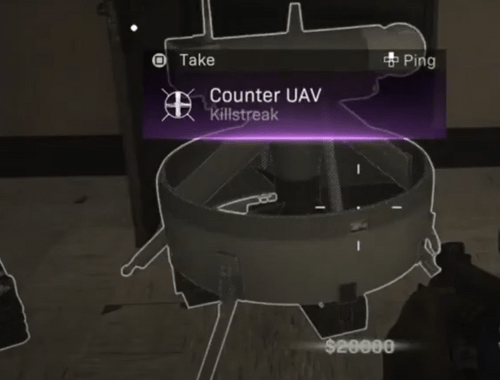 Rumours originally stated that in order to get a Counter-UAV in Warzone is very simple, all you need to do is call in 4 UAVs - originally revealed by @ModernWarzone.

While theoretically, it is a nice touch to the game, to slow down the prevalence of UAVs and give your team a leg up, it is too much effort for little gain.

For $16,000 dollars, you'll get a limited-time Counter-UAV that will distort the enemy map when most players are already using Ghost.