Dr Disrespect Banned From Twitch Updates: Latest News And Information On When He Will Return

A big personality in the Call of Duty: Warzone scene was banned from Twitch last week for an unknown reason.

Dr Disrespect, a big personality in the Call of Duty: Warzone scene, was banned from Twitch last week for an unknown reason.

Rumours and theories surrounding the reason for his permanent ban have been circulating online.

Let's take a look at the facts surrounding his ban and what we know so far. 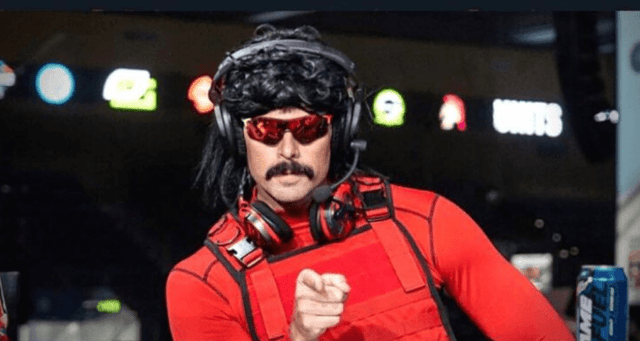 Why was Dr Disresprect Banned?

Twitch has refused to comment on the specific reason for Dr Disrespect's ban.

However, they released a generalised statement on the situation:

"As is our process, we take appropriate action when we have evidence that a streamer has acted in violation of our Community Guidelines or Terms of Service. These apply to all streamers regardless of status or prominence in the community".

Dr Disrespect's ban was implemented on Friday the 26th of June.

There is speculation that his ban could have been linked to a form of sexual harassment or assault due to the number of recent cases in the gaming industry. However, no evidence has arisen to support these rumours and it is all strictly speculation currently.

An out of the blue permanent ban suggests the specific reason is a serious matter.

However, it's important to analyse the facts and not jump to conclusions before more information becomes available.

No statement was made by Dr Disrespect until Sunday the 28th of June when he stated on Twitter:

"Twitch has not notified me on the specific reason behind their decision...Firm Handshakes to all the support during this difficult time."

There is speculation that as he is unaware of the reason for his ban, it suggests his violation of the guidelines may be less severe than people had speculated.

It is certainly strange that his channel was terminated on the 26th and by the 28th he is still unaware of the reasoning for his ban.

Strange Behaviour at the end of Stream

At the end of Dr Disrespects's last stream before the ban, he was acting in a strange manner.

This could certainly mean nothing and could just be a coincidence.

However, viewers noted his shift in behaviour and began speculating.

That's all we know on the situation so far.

We can only wait for more information on the ban to be revealed.