Is an MW2 classic coming to Modern Warfare?

If you've been following our Modern Warfare content for a while now, you'll know we round up and collect the latest data mines and leaks for Call of Duty: Modern Warfare and Warzone.

While some of the multiplayer maps have been in the files for a long time and have still yet to release, some are not but are very evident within the game.

Invasion, a classic from Modern Warfare 2, has been visible within the game since launch and it could arrive in Season 5.

Season 4 is only set to get one new multiplayer map, which is called Cheshire Park, so we can rule out a surprise appearance any time soon. 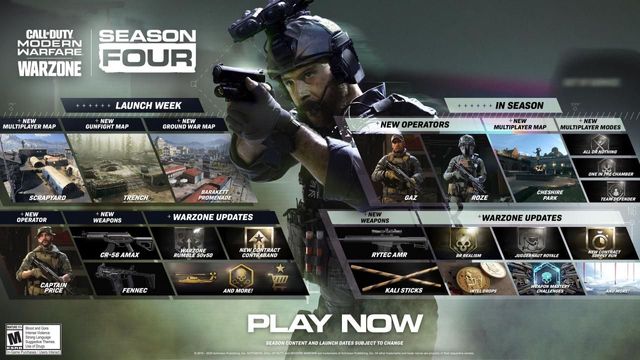 But if you explore the map Euphrates Bridge (which most of you are unlikely to do as the map is far from a fan favourite) it actually contains the shell of Invasion from Modern Warfare 2.

Poetically, where the bridge ends is where Invasion begins. If you remember the classic map's debut appearance, the map was also connected to a bridge. I like to think this is one of those subtle and cool easter eggs.

This was brought to my attention by @TheMW2Ghost who said that he would love to see the map included in the Modern Warfare multiplayer as it can be seen on the Euphrates Bridge map.

It was certainly a fantastic map in the game and I would have to agree it would suit Modern Warfare very well.

We've been keeping track of all maps in the game files for Modern Warfare, including those rumoured, from various data miners and leakers.

While Invasion is NOT on the list, it seems like there's potential to bring the map into play. Euphrates Bridge is heavily criticised for the campy nature and the fact that the spawns are VERY limited. The map plays very linear and doesn't allow much opportunity to manoeuvre.

Considering what lies around the map, if you opened up the Invasion section, it could have made for the perfect Ground War map and change the entire gameplay.

Here are the rest of the maps alleged to be within the game:

Here are the rumoured Gunfight maps: