Xbox Lockhart Specs Leaked! What We Know About The Cheaper Series X

Half the cost, for half the performance appears to be Lockhart's game

The month of June is coming to a close in the coming days, and this means we are nearing the July Xbox showcase that has been rumored for quite some time now.

During this reveal, fans have speculated we may hear the first official news about the rumored Lockhart console. A less powerful Series X for half the price.

Now, it appears the specs of the Xbox Lockhart have been leaked online in a series of documents.

According to a source reported by The Verge, the documents leaked were given to game developers and referenced the Lockhart.

According to the original report which can be found here, it notes that the Lockhart will have "7.5GB of usable RAM, a slightly underclocked CPU speed, and around 4 teraflops of GPU performance".

The Verge also noted that this is significantly less than the Xbox Series X's specs of 13.5GB of RAM and 12 teraflops. 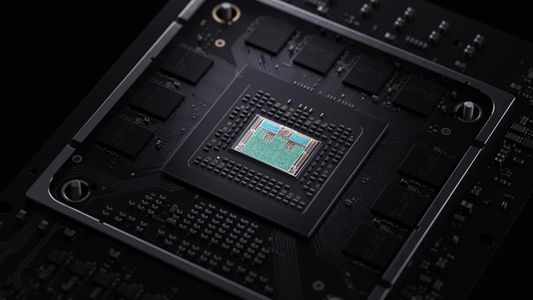 According to Twitter use @Xb1_HEXDecimal, they were able to get their hands on some game developer notes from the month of June.

In these notes are the code names for the profiles of the consoles, and by now most of us are aware that the Series X is being nicknamed Anaconda within Microsoft.

Right next to the code name for the Series X is one that says 'Lockhart", which alludes to the unannounced console. 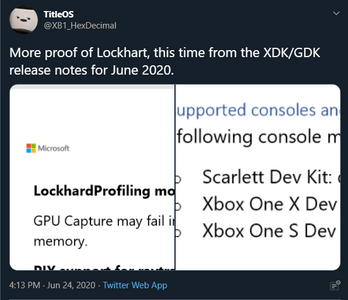 Since the console has not been directly confirmed by Microsoft, it is hard to say when we will hear official news going forward.

However, with the Xbox showcase coming sometime in July, we assume this will be the first time we will hear about the Xbox Lockhart!