Everybody was Kubfu fighting.

It'd be fair to say that Pokemon Sword and Shield were controversial entries in the long-running franchise. Many rued the lack of significant changes to the core formula that's been iterated on since the nineties, while others were simply disappointed that their favourite Pokemon didn't make the cut with the Galar regions relatively slender Pokedex.

While the franchise's first foray into DLC attempts to push the series into the Mega Evolution of an open-world Pokemon game we've dreamed of since childhood, the Isle of Armor feels like a half step.

It would be fair to say that the Pokemon games have never been known for their immaculate storytelling or nuanced characters, with the anime series doing much of the heavy lifting when it comes to romanticising the stories of the franchise's early years. That said, even by this metric, the Isle of Armor doesn't get off to a flying start.

As your protagonist moves to the titular region, he or she are introduced to Dojo owners Mustard and Honey. Here, it's time to train as you've never trained before, and while both characters are suitably whimsical, they simply aren't seen enough. 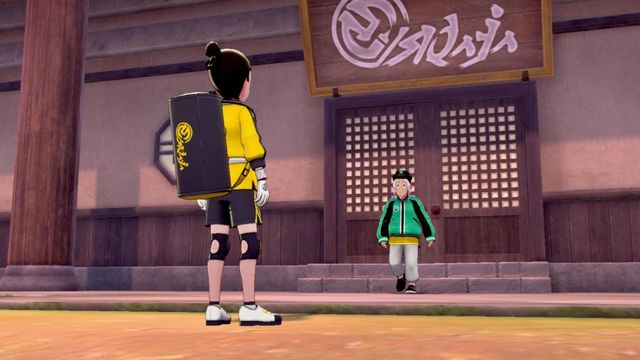 Instead, you'll spend more time with your rival, which will be either Clara or Avery (depending on which version of the game you have). Each offers the same obnoxious nature we've seen from franchise rivals before, just dialled up to eleven and without the skills to back it up. Regardless of whether you face off against the poison or psychic type, you're likely to handily trounce them.

That's a shame because after creating a powerful team of pocket monsters, we were hoping for something a little more challenging. In fact, if you've put a decent amount of time into training up your party, you could see everything the expansion's story has to offer in just a few short hours.

Thankfully, there's a genuine attempt to move away from the "walk, battle, catch" mechanic of the franchise with tasks like chasing down incredibly fast Slowpoke or hunting for Max Mushrooms, the latter of which can allow you to Dynamax non-Max Raid Pokemon. It's a journey worth taking, too, because it'll let you catch Kubfu, arguably one of the cutest legendary creatures we've seen.

While side content is lacking in the traditional "side quest" sense, the main draw of the Isle of Armor is, well, the Isle itself.

Essentially just one big Wild Area akin to those introduced in the main game, it feels like baby steps towards a more open, freeform Pokemon experience. We can't be sure, but we'd surmise that the region is of similar scale to the standard game's Wild Area, only with a lot more variety (and a lot more Pokemon). 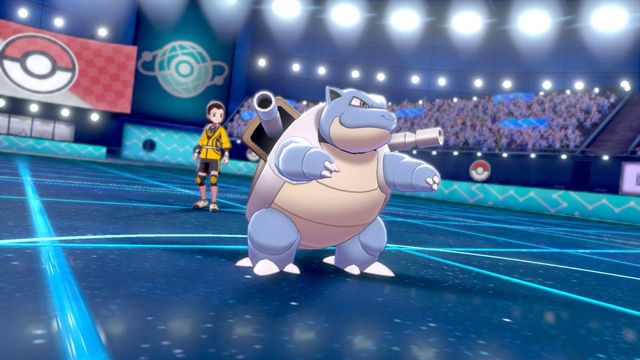 The Isle of Armor is teeming with life and colour in equal measure, with classic Pokemon from early generations rubbing shoulders with those from more recent titles. In fact, we were sometimes irritated by how many Pokemon are present at once, especially since some (like the meme-worthy Sharpedo) are particularly aggressive when it comes to initiating battles. Thankfully, the monsters themselves look great, scaling properly and with the likes of Gyrados and Wailord feeling suitably monolithic.

There are bodies of water, caves, forests, plains, and even a desert. It all feels like a microcosm of the main game, bundling as many seemingly disparate biomes together.

You'll want to explore, too, as Alolan Diglett are hidden throughout the region and reward you with Alolan Pokemon for every few you find. It's a neat play on a scavenger hunt, and some are truly fiendishly hidden.

One of our favourite new additions is the ability to get one of your party to follow you, each with their own bespoke animation. Whether it's water-based Pokemon floating in the air or the much less immersion-breaking heavy footsteps of a lumbering Ursifu (levelled up from Kubfu) or dainty paws of Pikachu, it was fun to just switch around followers. It's worth noting, though, that this only applies on the Isle of Armor region.

As colourful and vibrant as the new area is, it isn't without compromises. As with the main game, texture pop-in and frame-rate drops are disappointingly common, but the biggest disappointment is the pop-in. 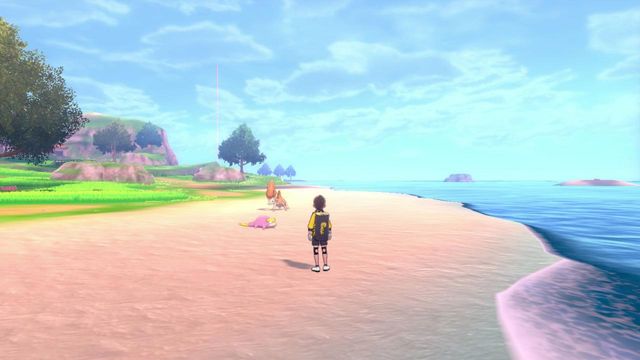 While offering up a wealth of Pokemon for us to catch is great, having to be just a few metres away to be able to see them makes adventuring feel less enjoyable, especially when they pop out of nowhere to kick off a battle (although when you DO stumble across something you've been looking for, it does feel like a reward for your intuition).

It feels like Game Freak is tiptoeing closer to the dream of an open-world Pokemon game, but we aren't quite there yet. For now, though, this is as close as it gets, and will no doubt have fans setting sale for its new destination in droves.

Review Code Provided By The Publisher
Reviewed on Nintendo Switch