Pokemon: Why Are Fans Not Happy With Pokemon Unite - What Does This Mean For The Future of Pokemon?

Fans are enraged over Pokemon's newest game, but this may be bigger then we think!

Nintendo and The Pokemon Company shocked the world yesterday with the announcement of Pokemon Unite.

A MOBA version of the Pokemon series is something no one saw coming, and it has angered Pokemon fans more than any other announcement.

Many were expecting a Diamond and Pearl remake or perhaps Let's Go 2 - but no staple Pokemon game has been revealed.

So, why are fans livid? Here are all the reasons and what it means for the future of the Pokemon franchise.

Fans do not know what to think of Pokemon's announcement yesterday, the general consensus is that most fans acknowledge that this game is meant for the Asian market more so then a Western one.

However, the fact that they built up a massive amount of excitement around this second Pokemon Presents solely for Pokemon Unite left a sour note with fans more than anything.

With the massive backlash that Sword and Shield and the Isle of Armor received, now seemed like no better time for Nintendo to roll out Let's Go Jhoto or the Diamond and Pearl Remakes. 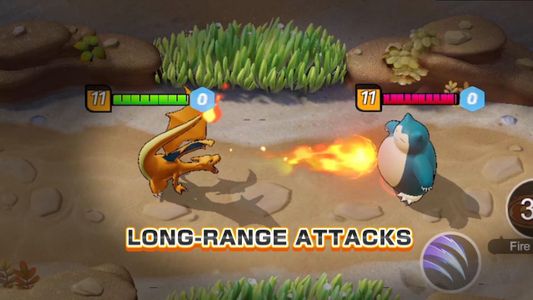 It has now been six years since the release of Pokemon Omega Ruby and Alpha Saphire, and it seems each year fans have been getting their hopes up an announcement of Diamond and Pearl remakes.

Check out some of the Reddit posts on the official Pokemon subreddit, which was filled of anger and disappointment since the announcement yesterday.

One of the notes announced during the Pokemon Presents that did not go unnoticed by fans, is the fact the game is being developed by Tencent Games’ TiMi Studios. A Chinese based game developer, who recently worked on the Call of Duty Mobile saga.

This has not settled well with fans since the announcement, as large concerns of privacy and data breaches were being brought up.

It is worth noting that Tencent owns 100% of Riot Games and around 40% of Epic Games, so they are no stranger to the gaming space.

But it seems their entrance into the Pokemon market has upset more fans than ever before.

Check out some community reactions.

The Future of Pokemon?

So, over the past week we have received an announcement for the following games:

Along with the release of The Crown Tundra later this year, there is for sure a lot of Pokemon content coming to players. But, it has all but confirmed there will not be a main series Pokemon game until at least 2021.

And why would they need to? With so many Pokemon-related games releasing in the next year there's plenty to keep the casual Pokemon fanbase happy. It looks like the Pokemon Company sees fans of their games as Pokemon fans rather than fans of individual titles or genres.

A new RPG based adventure wouldn't make sense with the Sword and Shield game still selling well, especially off the back of the expansion pass. A new game would only interfere with expansion pass sales, with one still to launch.

It also provides the opportunity to sell an enhanced version of the game with all Pokemon included and the expansion pass bundled in.

Whether The Pokemon Company makes any announcements about future games this year is unlikely it seems, but fans will for certain get their hopes up when the next reveal comes around.