This included the villain, gameplay footage, mechanics and context for the story the game will follow.

With so much information in one stream, here's a rundown of the key features War Table announced.

The War Table stream revealed that when picking a villain for the title the developers wanted a new face for modern Avengers fans.

They needed a villain powerful enough to take on the Avengers and represent a significant threat.

This threat will come in the form of MODOK.

Although this villain may seem new, the stream revealed that MODOK was first present in Marvel comics in October of 1967.

In choosing a villain with so much history, Crystal Dynamics is pleasing both the hardcore Marvel fanbase as well as providing a fresh face for the newer audience.

It will be interesting to see how Crystal Dynamics transitions MODOK from the comics to the game and develops his character in the plot.

During the stream we are shown gameplay footage of Thor, displaying the combat and a number of his abilities.

The footage displays Thor taking on numerous enemies with his hammer and battling a giant robot.

Not only that, but Hulk makes an appearance and he is as polite as we would expect.

There appears to be a number of combos possible that are displayed in Thor's combat.

The combat looks impactful and the game appears to be rather graphically impressive.

It is clear the game will have a comedic tone just like the Marvel films and won't take itself too seriously.

Overall the gameplay looked impressive and the hype surrounding the game has only increased. 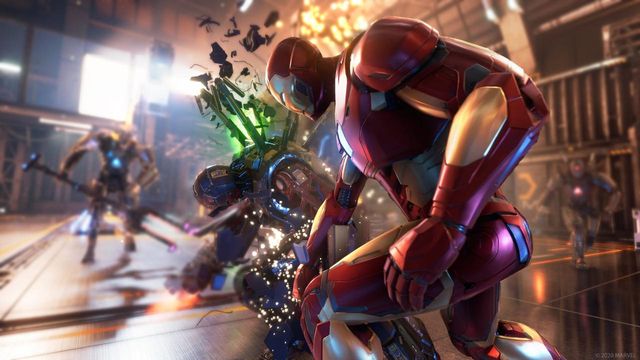 The War Table stream revealed how the combat will work in Marvel Avengers, centring around Heroic Moves.

Each hero will receive an assault, support and ultimate Heroic Move.

The assault Heroic charges the fastest and will be the base of combos and combat attacks.

The support Heroic will provide the hero with an element of utility in battle.

Finally, the ultimate Heroic takes the longest to charge and in turn, provides the player with an extremely impactful powerful ability.

Players are not limited in their preferred combat style, heroes are equipped with both ranged and melee attacks.

The Heroic Moves are based around the signature moves of each hero from the comics and movies.

This will allow the player to experience each heroes individual strength and power.

Marvel Avengers not only provides players with the choice of hero, but it also allows the player to customise gear.

Gear impacts the way in which each of the heroes abilities work.

Through allowing gear to affect the way in which Heroic Moves operate, Marvel Avengers provides each player with a unique gameplay experience.

The game is also filled with an expansive set of cosmetic and outfit choices.

These outfits will be inspired by iconic stories and plots from the comics and movies.

The majority of these outfits will be unlocked through progression in the game.

However, a selected set of these outfits will only be available from the game marketplace.

Marvel Avengers will come with a Co-op mode allowing players to experience the game as a group.

Warzones will be missions that can be completed as a group of 4 of players or with AI companions.

These Warzones and Co-op missions both contribute to the progression of player's heroes.

They will also be grounded in the games main storyline and plot.

Here is the Co-op and Warzones trailer:

The War Table livestream revealed a wealth of information regarding Marvel Avengers.

It's clear that Crystal Dynamics are passionate about creating a superhero game that allows the player to experience the power of the Marvel heroes.

The excitement surrounding the game has only increased after the stream and it will continue to grow up to the game's release.

Let's hope Marvel Avengers hits the mark and is a superhero game to remember.